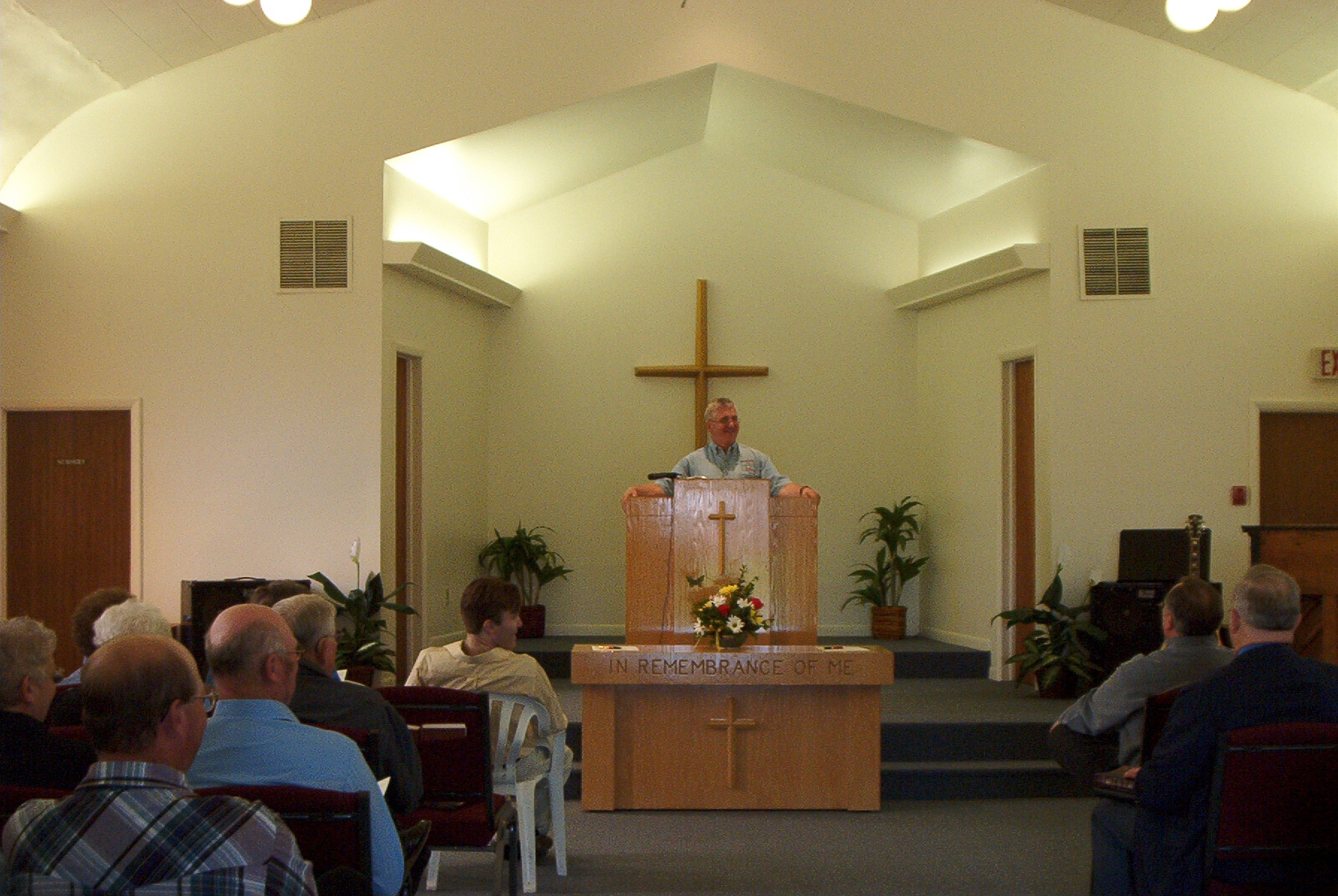 The pivotal buy-in, he says, is the Cooperative Program.

“Without all of the Southern Baptist churches pulling together, all that God has allowed us to do would not be possible,” Hill said. “We are ever grateful for the cooperative efforts of churches everywhere.”

Hill noted that his salary as pastor at the newly-constituted Fairview Baptist Church in Aberdeen and as director of missions for the Heartland association in eastern South Dakota “comes from the Cooperative Program and Annie Armstrong Easter Offering for North American Missions, and that salary allows me to do what God has called me to do.

“Most of the people up here are not raised Southern Baptist, so they don’t understand the concept,” Hill continued. “I have to explain that every church takes a part of their offering and designates it to help all Southern Baptist mission work. That’s why I can drive or do whatever I need to do, whatever God would have me to do.”

Much has changed in Hill’s life since he left South Carolina for South Dakota 12 years ago, but his commitment to CP Missions has remained constant.

“We can’t outgive God,” Hill said. “The people [at Fairview] are beginning to see the fruits of that. Even before we finished our study on the core values of the church, we had 14 people that Sunday morning, and five of them kids, and the offering was over $1,000.”

Hill also talks with pastors in the association about the value of the Cooperative Program. Seven churches attended the May 15 service in which Fairview constituted into a church; they heard the strength of the young congregation’s giving.

“They were in awe of the numbers as far as people and their financial giving,” Hill said. “So, they’re beginning to see that giving back to God, honoring God with their finances, not being able to outgive God, that hey, that works!”

Hill had no college or seminary training and he worked in a pig slaughterhouse after moving to South Dakota to serve as Mission Service Corps volunteer minister of outreach. Within six months he was pastor at Wolsey (S.D.) Baptist Church, which grew from 15 to about 50, in a town of about 400. He also found time to help other pastors in the Heartland association, which encompasses 19 churches across 34 counties — 37,000 square miles -– and two time zones, covering much of the eastern third of the state.

“A lot of our churches are 75 miles to the nearest Wal-Mart,” Hill said. “It can get cold, and the isolation — especially in the wintertime — gets to some people.

“I can make it sound really bad,” Hill grinned. “But I love what I do because I know I’m right where God wants me to be. I’ve been out of His will before; I don’t like being there.”

Hill sensed God’s direction in August 2003 to focus on Aberdeen, the state’s third-largest city, with about 25,000 people. Wayne McMillian, who was then pastor of Prairie Lakes Baptist in Watertown, S.D., sensed God pointing there as well. They met each week for a month in Aberdeen to pray and later invited churches in the association to be a part of a church start. Five jumped at the opportunity.

“The cool thing is that we did it on Saturday night,” Hill said. “Once every six weeks, your church would come and handle the music, the preaching, the everything. We started out with plastic lawn chairs.”

The new congregation met in a building owned by the state convention, site of a Southern Baptist church that had disbanded three years previously.

“Every Saturday night for the next five months, a different group brought their music and style of worship, anything from King James to contemporary rock,” Hill said. “In May, God convicted me to move to Aberdeen. We needed some consistency.”

“It’s amazing the things God has done,” Hill said. “But really what happened is that we intentionally invited CP Missions teams from the South to either prayerwalk or get attention for the church in the community.” Among those were churches from Saluda Baptist Association in South Carolina and from the Arkansas Baptist Convention.

It always comes back to the Cooperative Program and CP Missions, Hill said — people working together to do their part to build God’s Kingdom locally and everywhere around the world.

“My wife Pam’s been wanting to be a missionary her whole life; been through Sunbeams, GAs, Acteens and all that,” Hill said. “She has seen what the Cooperative Program has done over the years and how it has helped further the Kingdom of God, and today we’re living it — the local church, association, state convention and North American Mission Board cooperating with all Southern Baptists everywhere to do what we can’t do without each other.”

The summer of 2004 included CP Mission teams leading a basketball camp, three Vacation Bible Schools and three backyard Bible clubs; renovation of the church parsonage, which had been gutted when the church was disbanded; and the start-up of Sunday morning worship services, when a mission team pastor couldn’t comprehend a Southern Baptist church without one.

“From the get-go, we committed to give 10 percent of what we took in to the Cooperative Program,” Hill said. “We wanted to be from the very beginning a church that honored God with our finances.”

A church should be a good steward of all its resources — time, talent and people, Hill said.

“We’re constantly prayerwalking and prayer-riding, and I believe we need to give ourselves away,” Hill said. “We’re thinking about possibly starting another work — in Leola — in July…. As an association, we’ve felt a call to Brookings, a town of 20,000 people and home of South Dakota State University, with 6,000 students.

“We used to have a work there, 10 years ago,” Hill continued. “We’re going to use the same concept there [as was used to start the church in Aberdeen]. Already two churches have said yes, and they’re 90-plus miles to Brookings.”

The concept of sharing the load in the Heartland Baptist Association is identical to the concept of CP Missions, the pastor/director of missions said.