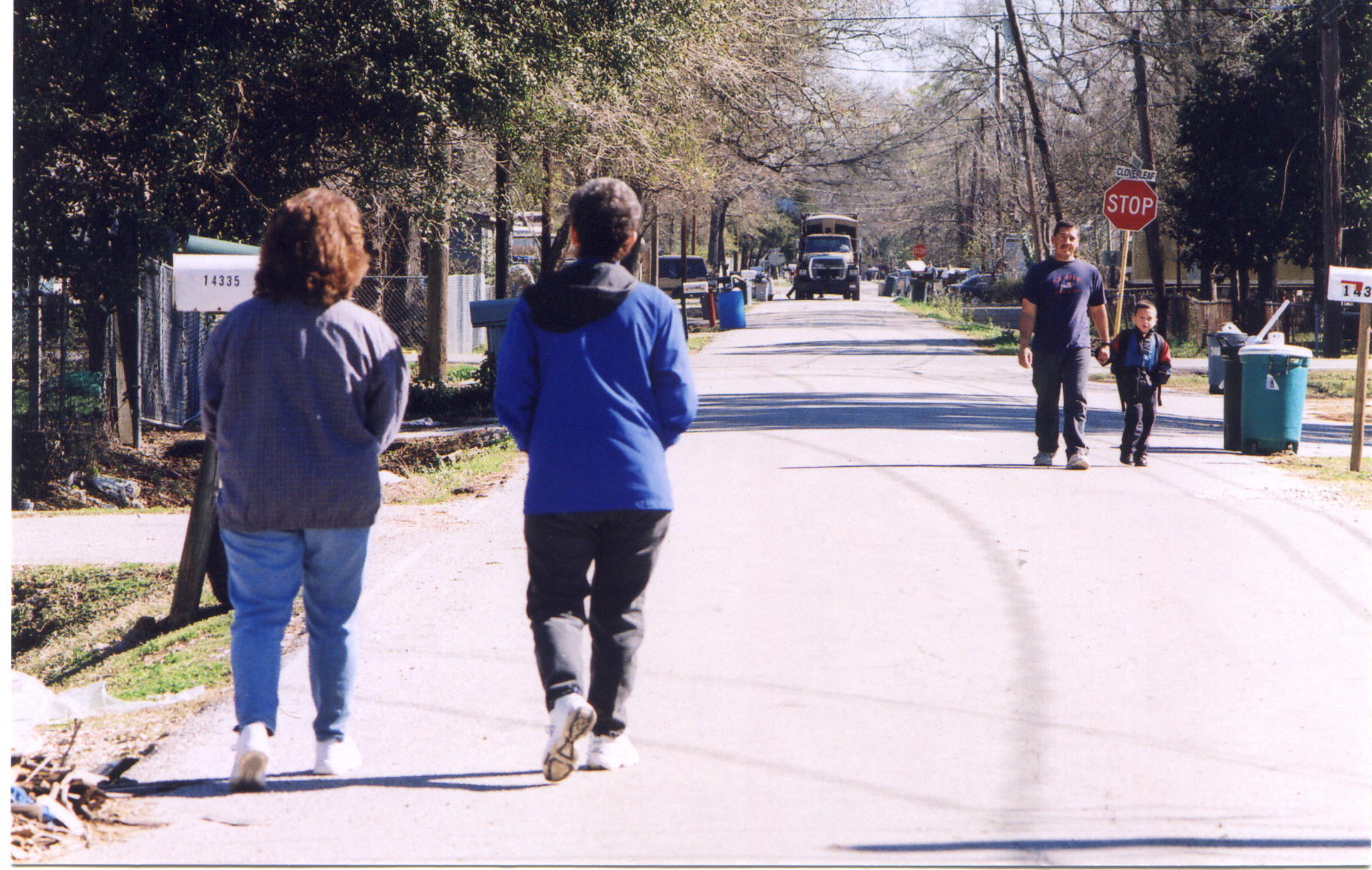 HOUSTON (BP)–Among the sports enthusiasts converging on Houston this Super Bowl week are Christians from across the country intent on making sure some of the 200,000 football fans on hand return home as true winners in the eyes of God.

Super Bowl Evangelism Project organizers are seeking to infuse every aspect of Sunday’s big game with the Holy Spirit. Among the workers: mission groups from Florida, Illinois and Virginia who, aside from enjoying the balmy January weather, are busy throughout the city in an effort to reach people for Christ.

A group of six from Ironbridge Baptist Church in Chesterfield, Va., arrived in Houston Jan. 24 and immediately was put to work canvassing Houston’s Cloverleaf neighborhood — informing the residents of an upcoming revival and family sports weekend at Cloverleaf Baptist Church, a small church in transition. The unincorporated Cloverleaf community has changed over the years from being a predominantly white neighborhood dotted with small wood frame houses on the fringes of Houston to being mostly Hispanic with rows of mobile homes packed onto once-empty lots in what is now a low-income pocket within the city.

A huge red and white tent — reminiscent of a circus tent — was erected Jan. 28 on Cloverleaf’s parking lot. Workers were brought in from the Open Door Mission in Houston, a halfway house for men transitioning out of prison back into society. The men provided the strong backs to raise the tent while Ironbridge volunteers Dave and Kathy Anderson, Roy Wynn and Cloresa Shumaker walked the neighborhood praying over each home. They would return again in the afternoon to hand out more fliers and invite people to the revival and weekend events.

All three out-of-state groups will convene at Cloverleaf Saturday, Jan. 31, to help with a children’s sports carnival. On Sunday Cloverleaf will open its doors for one of countless Super Bowl watch parties hosted by churches and in Christian homes throughout Houston.

But there is lots of work to do before Sunday. On Jan. 26, the Virginia volunteers gathered with about a dozen others at Sagemont Church’s auxiliary campus to offload 50,000 Bibles, 20,000 Sports Spectrum magazines, 300 videos with testimonies from Houston Texan football players and thousands upon thousands of witnessing tracts. Churches and individuals hosting watch parties or participating in other witnessing events were to pick up supplies from the Sagemont drop-off point.

Mission volunteers from the Jacksonville Baptist Association in Florida arrived Tuesday, Jan. 27. Their mission is partly a scouting expedition — because next year’s Super Bowl will be played in their hometown. David Garrett said his group, representing several churches from the association, would spend Thursday morning, Jan. 29, working at a local food distribution center and then spend the evening volunteering at the NFL Experience, an indoor interactive theme park related to all things football. Friday evening will take them to Reliant Stadium for “stadium stuffing” and prayerwalking duty. Individual goodie bags must be stuffed and placed on each of the 70,000-plus seats in the facility and each seat will be prayed over in the process.

A Competitors for Christ group from Crystal Lake, Ill., also will attend the NFL Experience — not as volunteers but as participants, using the time waiting in line to share their faith. The director of the fledgling non-denominational group, Greg Bradshaw, did his homework before arriving in town Wednesday evening, Jan. 28. The group, made up of six father-son pairs plus one boy Bradsaw has “adopted for the trip,” created sports-themed T-shirts with eternal messages. The front of one reads, “And the kick is good!” The back reads, “Jesus 3, Sin and Death 0.” Each of the shirts coordinates with tracts the group will be handing out. The CFC volunteers will be outside Houston’s new Toyota Center Saturday handing out tracts to basketball fans entering the arena to see the Houston Rockets take on the New Jersey Nets. The tracts read on one side, “Throw down the nets,” while the opposite side reads, “And follow Jesus,” referencing Jesus’ call to his disciples Peter and Andrew.

Competitors for Christ is “just a group of men who have a passion for Christ and families,” Bradshaw said. That passion has helped the organization create Christian-based sports leagues in their community and offer homeschool physical education classes.

Bradshaw said his group is excited about the potential to reach people with the Gospel during the trip. Thursday evening, Jan. 29, the group is scheduled to do “stadium stuffing” and prayerwalking. Friday will find them at Target Hunger, a food distribution center that offers motivational and instructional classes for the homeless. That evening they will pass out tracts outside the NFL Experience located at the George R. Brown Convention Center in downtown Houston before going inside to continue the witnessing in a more personal way.

Sunday morning the CFCs will assist in the Souper Bowl of Caring as they help prepare and serve lunch to the homeless at a Houston-area YMCA. Sunday afternoon, the Illinois team will fly home. “We don’t even get to see the game,” Bradshaw noted.

But the game is not what drew any of these volunteers to Houston. It’s the fact that scores of people, who do not know Jesus as Savior, will be congregating in one central area. And if the congregation won’t go to church, the church will go to the congregation.
–30–
(BP) photos posted in the BP Photo Library at http://www.bpnews.net. Photo titles: 2 IN PRAYER, LAYING THE GROUNDWORK, TENT-RAISERS and STACKING UP.