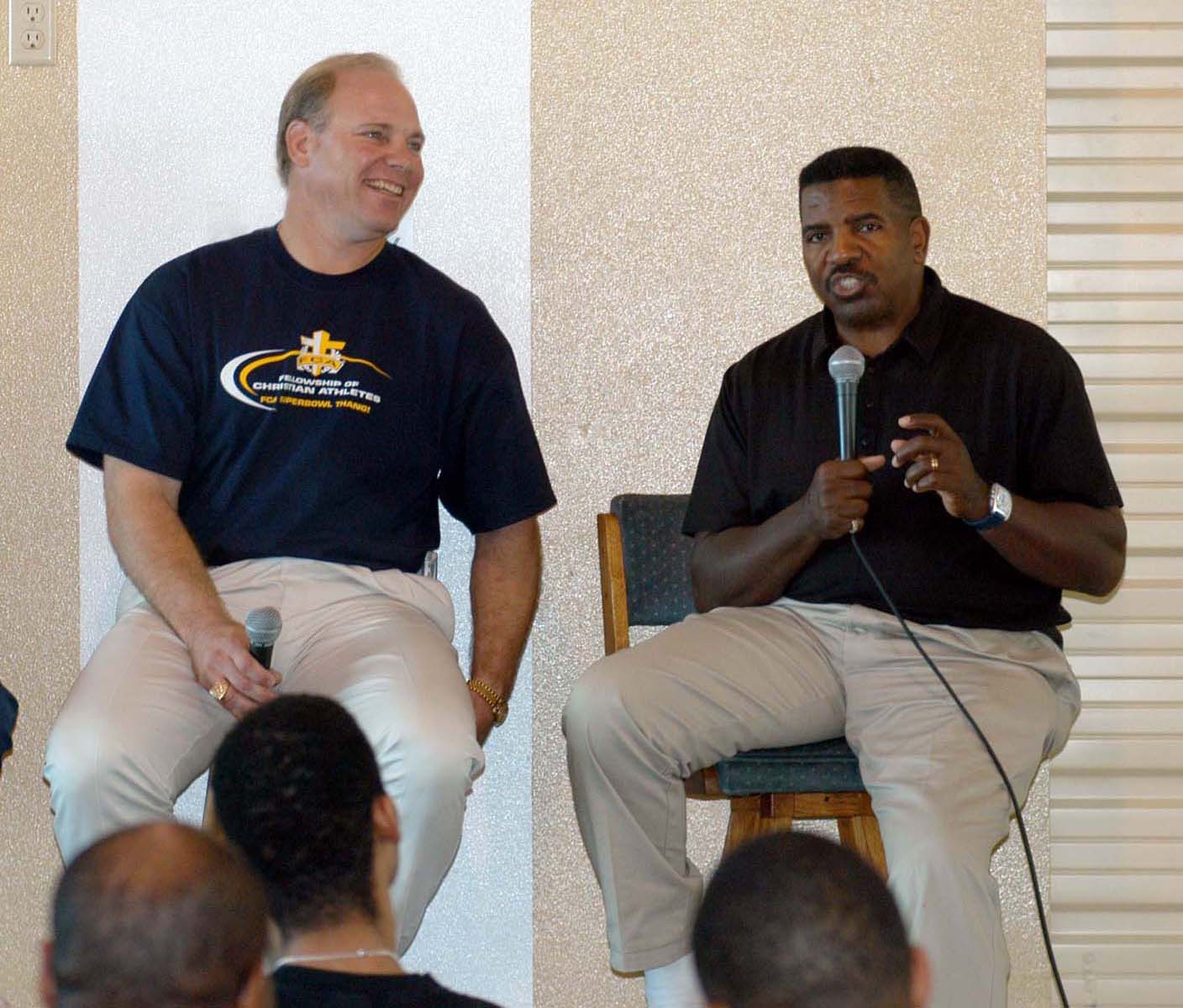 “It’s an outstanding day for these young athletes to come and hear from these positive role models,” said Karl Williams, a former professional football player and city director of the San Diego FCA chapter.

“The support within the community has been excellent,” said Donnie Dee, San Diego’s FCA director. “Our goal is that God will be lifted up and the gospel will be communicated.”

The coaches clinic was designed to train coaches and athletes in ministry, with Williams noting that the key is teaching from a godly perspective.

“Too many coaches are yellers and screamers,” he said.

Williams said he hoped students came away with a sense of hope and encouragement from the rally.

Byrd, who emceed the event, told students that the key to success is to break the huddle. “We all have huddles,” Byrd said. “But in life, just like in football, there comes a time when you have to call the play, break the huddle and live life.”

Leading a prayer over the participants of the rally, Green asked the Lord to bless the time of fellowship. Former Green Bay Packer Reggie White also was on hand to deliver spiritual words of encouragement to the teenagers.
–30–
(BP) photo posted in the BP Photo Library at http://www.bpnews.net. Photo title: TIME WITH THE COACH.