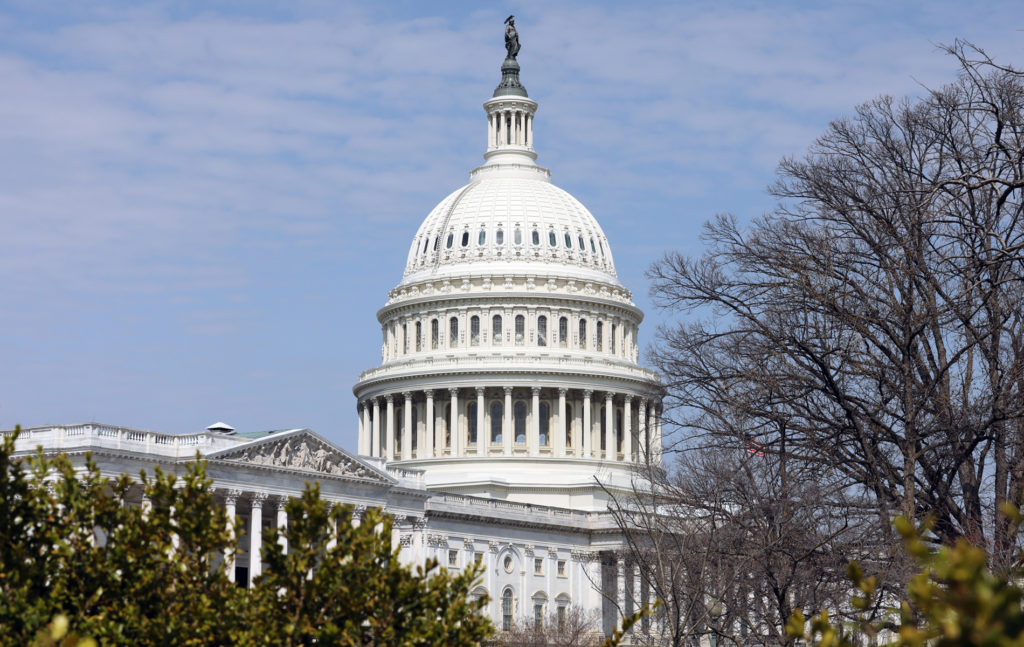 WASHINGTON (BP) – Congress has given final approval to enshrining same-sex marriage in the law.

The U.S. House of Representatives voted 258-169 for the Respect for Marriage Act (RMA) Thursday (Dec. 8), 10 days after the Senate approved the same legislation. With the votes, Congress has decided to repeal the 1996 Defense of Marriage Act (DOMA). While the measure does not require states to legalize same-sex marriage, it mandates federal and state recognition of any gay marriage considered legal in the jurisdiction where it took place.

Passage of the proposal by both the Senate and House serves as a watershed, congressional redefinition of the institution of marriage. Congressional Democrats led the effort to enact such legislation while expressing concerns a more conservative U.S. Supreme Court might reverse its 2015 Obergefell v. Hodges decision that legalized gay marriage. Congress’ approval occurred during a lame-duck session prior to the transfer of House control to the Republicans that will take place in January.

The approval of same-sex marriage in federal law now lacks only the signature of President Biden, who has endorsed the bill.

Southern Baptist and other opponents of the bill were chagrined at the House’s support for a bill they say not only contradicts the biblical view of marriage as only between a man and a woman but poses a threat to religious freedom.

“This result is a disappointing end to months of dedicated work against the Respect for Marriage Act,” said Hannah Daniel, policy manager for the Southern Baptist Ethics & Religious liberty Commission (ERLC), in written comments for Baptist Press. “Though we had sincerely hoped that this vote would fail, we will move forward with continued fervor in our work to protect religious liberty and to see our neighbors flourish.

“As Southern Baptists, we will continue to live out the Gospel to a confused and watching world in need of hope and clarity.”

Messengers to the SBC’s annual meetings have affirmed marriage as solely the union of a man and a woman in multiple resolutions across the years.

The RMA “deceptively gives lip service to religious liberty,” said Ryan Bangert, senior vice president of strategic initiatives for Alliance Defending Freedom (ADF), in a written statement. “For months, many Americans, faith-based organizations, and churches across the country have raised concerns about the undeniable harms of this bill, yet Congress has rejected all attempts to include comprehensive religious liberty protections.”

Kelley Robinson, president of the Human Rights Campaign (HRC), described it as “a clear victory for this country’s 568,000 same-sex married couples, including me. The fact that this bill passed with strong bipartisan support in both chambers proves that marriage equality is supported by a wide swath of the American people.”

The House initially passed the RMA in July, when 47 GOP members joined all Democrats in a 267-157 vote. Eight fewer Republicans joined the Democrats in support of the bill Thursday.

The Senate, however, approved before its final vote a substitute amendment to the House version that included language attempting to address religious liberty concerns. With 12 Republicans joining all Democrats present, the Senate voted 61-36 for the amended bill after defeating three GOP-offered amendments intended to strengthen religious liberty protections. The House had to approve the Senate’s substitute for it to reach the president.

Despite the revision, the ERLC and many other defenders of the biblical view of one man/one woman marriage and freedom of conscience remained opposed to the amended version approved by both houses.

The version passed by both houses of Congress says nothing in the bill “shall be construed to diminish or abrogate a religious liberty or conscience protection” available to a person or organization under the U.S. Constitution or federal law. It also says nonprofit organizations, including churches, will not be required to provide services “for the solemnization or celebration of a marriage.”

In addition, the amended legislation clarifies the RMA does not “require or authorize” federal recognition of polygamous marriages.

In a section opposed by many religious liberty advocates, the bill authorizes a private individual, as well as the U.S. attorney general, to “bring a civil action” in federal court against a person who violates the measure.

Wedding vendors – including cake artists, florists, photographers and website designers – have been particularly vulnerable to government efforts to require them to provide their services for same-sex ceremonies. The Supreme Court heard oral arguments Dec. 5 in Lorie Smith’s challenge to a Colorado mandate that she design websites for gay weddings despite her objections as a Christian.

The protections for religious freedom in the amended version are insufficient, especially for conscientious objectors who provide services beyond the wedding context, critics of the bill said.

“Marriage requires the specific union of a man and a woman for life,” Leatherwood wrote, citing Genesis 2:24. “Attempts to misapply or expand the term beyond these distinct parameters go against God’s purpose and will lead people astray from what was meant for our flourishing.”

While the ERLC is thankful for “marginal improvements” made to the original bill, the final version fails to offer “meaningful protection for those that maintain a biblical view of marriage,” he wrote.

The amended measure “invites further confusion and litigation without offering sufficient security for the many faith-based organizations serving their communities outside of ‘solemnizing or celebrating marriages,’” Leatherwood wrote.

After House passage of the earlier version, Leatherwood called on all senators in a late-July letter to oppose the legislation.

In expressing its opposition, the Religious Freedom Institute (RFI) said the bill’s premise “that opposition to same-sex ‘marriage’ is akin to racism” is false and “profoundly disingenuous. There is no real or perceived threat to marriage based on race in any state in America.”

In addition to the ERLC, ADF and RFI, other organizations that remained opposed to the bill after it was amended included the U.S. Conference of Catholic Bishops, Ethics & Public Policy Center and Family Research Council.

Some faith-based proponents of traditional marriage and freedom of conscience expressed support for the changes in the bill regarding religious liberty. These included the National Association of Evangelicals, AND Campaign, The Church of Jesus Christ of Latter-day Saints, Council for Christian Colleges and Universities, Institutional Religious Freedom Alliance, Seventh-day Adventist Church and Union of Orthodox Jewish Congregations of America.

Democrats pushed for passage of the Respect for Marriage Act after the Supreme Court’s June overturning of Roe v. Wade, the 1973 opinion that legalized abortion nationwide. Supporters of same-sex marriage expressed concerns a future high court might also overturn the Obergefell decision and called for a legislative remedy to try to prevent such a reversal.

They cited a concurring opinion by Associate Justice Clarence Thomas in which he said the high court “should reconsider” all precedents similar to Roe. In the majority opinion, however, Associate Justice Samuel Alito denied the decision to overturn Roe would call into question the justices’ rulings in Obergefell and other cases.

By enacting DOMA in 1996, the federal government defined marriage as only between a man and a woman and protected the right of a state not to recognize a same-sex marriage that occurred in another jurisdiction. President Clinton signed DOMA into law after it gained passage overwhelmingly – 85-14 in the Senate and 342-67 in the House.