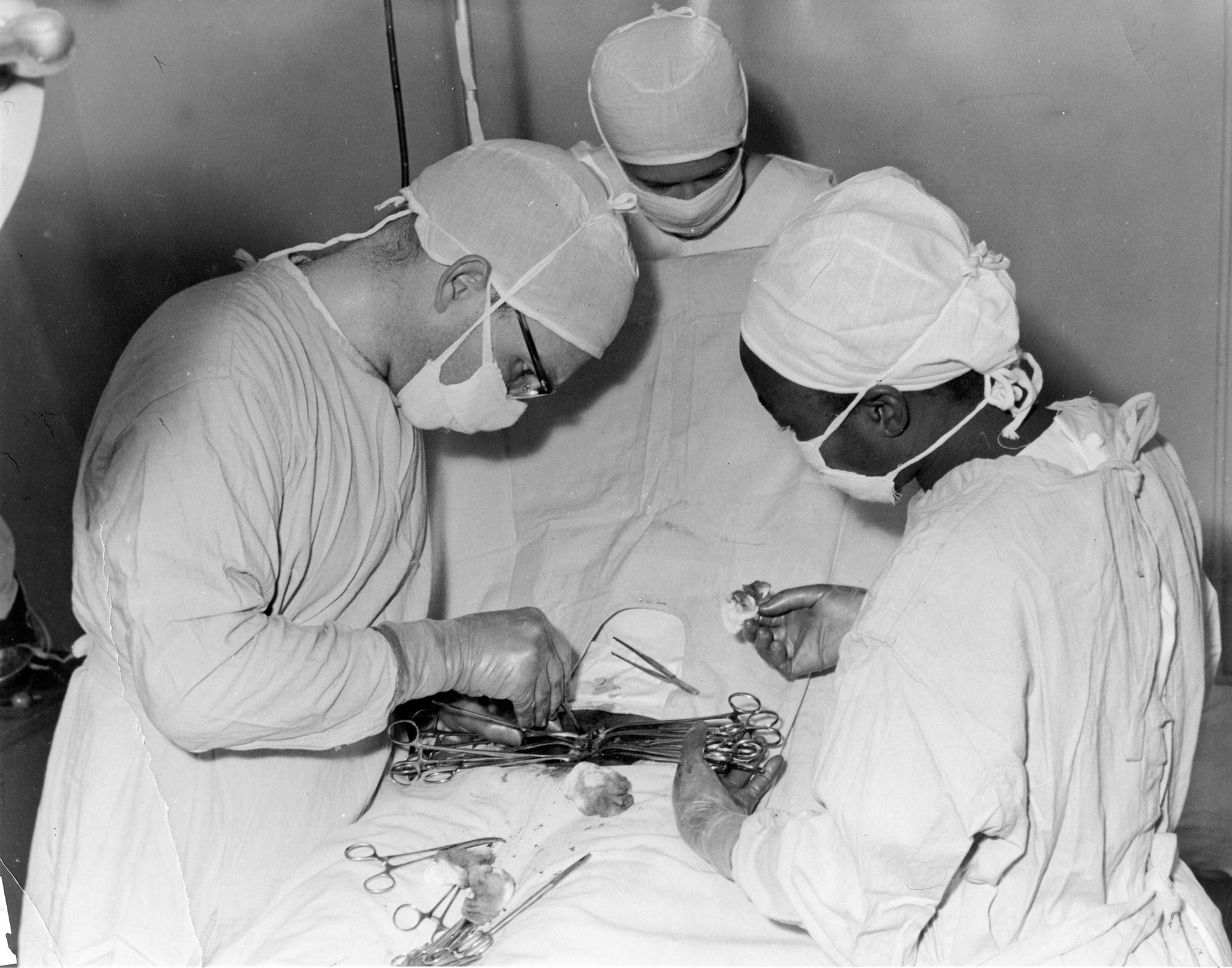 Fort and his wife Wana Ann were the first doctors at the remote Sanyati Baptist Hospital in Southern Rhodesia (now Zimbabwe) after their appointment as Southern Baptist missionaries in 1952. Fort oversaw the construction of the hospital while they treated and shared the Gospel with thousands of patients.

When asked during his missionary appointment why he would give up a lucrative medical career in the United States, Fort replied, “Sir, Jesus said, ‘Life does not consist of the abundance of things’ and ‘If you keep My commandments, you will abide in My love.’ What He said is true!”

In Africa, Fort came to be greatly loved by the people he served. Africans gave him the name “Doctor Builder,” since he supervised the continued growth of the hospital. It became a place for people to hear about Jesus and have a modern alternative to witch doctors’ medicines.

“This hospital has been built to tell the story,” Fort said at a dedication ceremony of new hospital buildings in 1970. “Through its healing ministry, we are here to tell the story of the love of God for all mankind — for every little baby, every boy and girl, every man and woman who may come here.”

During Fort’s time there, a severely burned 5-month-old was brought to the hospital after rolling into a fire. When Fort saw the severity of the burns, he knew the child could not survive. He explained to the grief-stricken parents that their baby was dying, but would be with Jesus. He said that they could too if they trusted in Christ, and he told the couple the story of Jesus. It was the first time they had heard it. Both quietly said they wanted to follow Jesus.

Years later, after surviving a small plane crash while flying to remote clinics, Fort said about missionary service: “The cost of doing the Lord’s work is great, but the rewards are rich and bountiful. Blessed are they who seek to obey the Lord to carry — and send — His work to those who do not know.”

Bud Fray, a retired Southern Baptist missionary and close friend and colleague of Fort, said, “Giles was a man of prayer, a peacemaker, disciple-maker and church planter who also medically healed bodies. No one’s need was beyond his care. We raised our families together, and he was like a brother to me. Giles was a source of insight, patience and hope. He is a friend I will never forget.”

The Forts retired from missionary service in 1988, not long after he was diagnosed with axial dystonia, a muscle condition from which he suffered for many years.

Fort received the bachelor of science degree from Texas A&M University in College Station and the doctor of medicine degree from Baylor University’s College of Medicine in Houston, where he was presented the Distinguished Alumnus Award in 1990. He served in the U.S. Navy during World War II.

More than 200 cumulative years of missionary service are represented in the Fort family.

In lieu of flowers, the family requests that donations be made to the Lottie Moon Christmas Offering for International Missions via a Southern Baptist church or online.
–30–
Kim P. Davis is a writer who served as a missionary in Zimbabwe with members of the Fort family. Get Baptist Press headlines and breaking news on Twitter (@BaptistPress), Facebook (Facebook.com/BaptistPress ) and in your email ( baptistpress.com/SubscribeBP.asp).