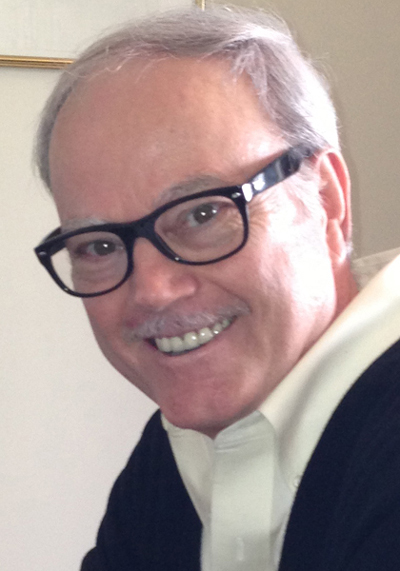 KANSAS CITY, Kan. (BP) — While I appreciate the film ministry of David A.R. White of Pure Flix Entertainment, I was disappointed by “Faith of Our Fathers.” The comedy/drama, which opens in July, follows a cross-country road trip by two sons of dead soldiers to the Vietnam Veterans Memorial in Washington.

As one who analyzes movies for a living, I found this one to be like most low-budget faith-based efforts: tedious, clunky and predictable. Understand, I want to be supportive. I want to find merit in every film I critique, especially those proclaiming Jesus as our Savior, but I’m hard to please when it comes to movies about faith.

Old-style, straightforward, altar-call cinema dramas now seem dated and stilted. This has led to some faith-based studios trying to reach a new audience by incorporating the Gospel within genres such as action/adventure (“Rumors of Wars”), sci-fi (“My Name is Paul”), thrillers (“Dangerous Calling”) and comedy/drama (White’s Faith of Our Fathers).

It still seems difficult, though, to make a good movie about our need to accept Jesus Christ as our Savior.

It takes a delicate, subtle touch when telling any story on film, especially one incorporating a spiritual theme. Most message films lack that gentle touch.

About now, you’re saying, “I’ve liked certain Christ-centered movies.” Well, so have I, but when analyzing their construction as an art form, they usually lack what makes a film memorable. My question: Why?

“You can’t compare a faith-based movie with a secular movie.” Really? I review movies for my living and I don’t know how to critique a Christian movie any different from a secular one. Come to think of it, when you buy a table made by a Christian, don’t you expect it to have four legs and hold things? Why not the same scrutiny for a movie you’re going to spend money on, Bible-based or not?

This raises the question, what is the purpose of a Christian film? To bring people to Jesus, right? Sounds reasonable. But is that really the purpose of the cinematic art form? Herein lies the rub.

“The Tree of Life” from 2011 was a visual and viscerally emotional feast sparked by exquisite imagery that was imaginative and profound, intimate and epic. Filmmaker Terrance Malick fearlessly examined ethereal questions with a spirituality that was neither pious nor prejudiced. Understand, that film didn’t proselytize a certain religion. It did, however, what so few films do: It suggested that we become aware of spiritual matters and rely on faith when the conundrums of the day overwhelm.

Like any artist attempting profundity, Mr. Malick provided an atmosphere and set a mood suitable for examining our beliefs, thus giving the viewer a renewed desire to share them with others. When leaving the theater, most of us asked, “What was that all about?” But as many pondered the film’s visuals and its intent, we came to the joyous realization that we’d just had an insightful motion picture experience. Theologians may counter with the perspective that Mr. Malick’s lofty resonance was in actuality little more than an arty and incoherent introspection. But detractors cannot deny the film’s ability to cause discussion. Mr. Malick did more than awe us with his narrative; he tapped into our subconscious, delving into spiritual and life-altering subjects.

This isn’t to say no filmmaker has successfully addressed the issue of Jesus being the Son of God and our Savior. “Jesus of Nazareth” springs to mind. But then, it was directed by Franco Zeffirelli (“Romeo and Juliet,” “Hamlet,” “Tea with Mussolini,” “The Taming of the Shrew”). He knew how to make movies. And then there is the masterpiece, “The Passion of the Christ,” Mel Gibson’s brutal yet undeniably artistic rendering of the final hours of Christ’s life. Mr. Gibson brought a mood and sensitivity never before captured when telling the story of the Christ. It is meant to shock, unnerve and clarify the ordeal of Christ’s sacrifice. But Mr. Gibson’s film, while showing the physical horrors Christ endured, is not so much about what mankind did to Him, as it is about what He did for us.

It helps to be a great filmmaker backed by a big-budgeted studio. But to have an impact on our inner being, there is one more ingredient over which neither studio nor filmmaker has complete control. I speak of the Holy Spirit.

I’ll just give one example, there are many. Alex and Stephen Kendrick began their filmmaking ministry much like Mickey Rooney and Judy Garland did in their films, where the “kids” decided to do a Broadway show with little more than a barn and lots and lots of optimism. One of the Kendricks’ earlier endeavors, “Facing the Giants,” was a sports allegory with a solid Christian message. Oh, there were the usual filmmatic shortcomings, especially in the opening scenes, where both actors and introductory dialogue were clumsy and forced. I actually uttered, “Uh-oh,” when the first attempt at humor deflated like an airless football.

But within minutes, something special began to happen. First, the story kicked in. Second, the film took on a sincere life, one that seemed to comfort while extolling biblical principles. Suddenly (and this is the key point) I felt the Holy Spirit’s presence. It was as if He was showering spiritual knowledge and blessing upon that project, and upon this viewer.

It’s difficult to advise those who wish to witness God’s greatest gift via the motion picture. It’s not just magic. It’s not just a miracle. The ultimate success of an art form meant to draw people to God relies on His Holy Spirit. Those whose lives have changed for the spiritual better after the viewing of Jesus of Nazareth or, now, Faith of Our Fathers may forever look upon that production with fondness. For them, it may have the same significance as “Casablanca” has in the secular world.

It’s a mystery we will only know in the by-and-by, how and when it pleases our Heavenly Father to intervene in the efforts of His children.