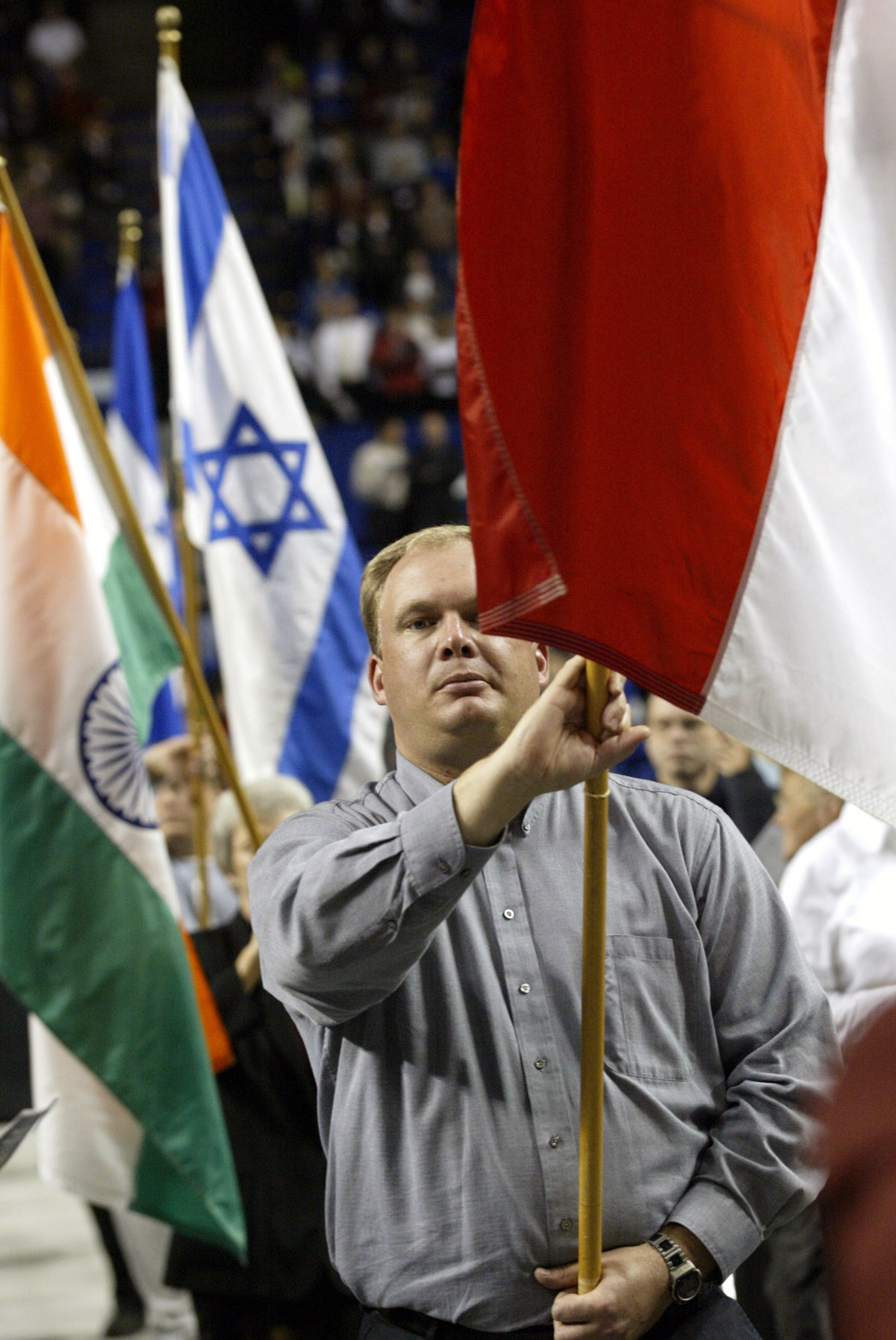 LEXINGTON, Ky. (BP)–Sixty-seven missionaries from across the nation shared testimonies Nov. 11 about their call to serve God throughout the world.

Two other missionaries remained anonymous, not even sitting on stage with their colleagues, because of the sensitive nature of their assignment in a restricted country.

Many of the newest Southern Baptist missionaries commissioned at Rupp Arena in Lexington Nov. 11 told of unique experiences that accompanied their call to missions service. One couple recounted how God opened their eyes to needs in southern Africa, where 6,300 people die of AIDS each day.

Another couple said they learned to trust in God’s sovereignty while their 17-year-old driver maneuvered an antiquated Russian jeep through the Hindu Kush mountains.

One appointee attended seminary with expectations of returning to the pastorate but instead will serve in Central America. One woman tearfully told of God giving her a love for Islamic people on a short-term mission trip in 2000.

The appointment service was held in conjunction with the Kentucky Baptist Convention’s annual meeting.

Among Kentuckians commissioned during the service were:

— Louisville native Joe Carver* and his wife, Nancy*, who will serve in East Africa.

Carver recalled “sharing the ‘JESUS’ film on a mountaintop with Filipinos. Preaching the Word, I saw a response from the Filipinos to trust Christ and it was at that time that I realized God’s call for me to preach the Gospel to the ends of the earth.”

His wife spoke of accepting Jesus as her Savior at the age of 11, hearing missionary stories and taking a mission trip to the Philippines.

“God used all of these in my life and burdened my heart for the nations to know Him,” Nancy Carver said.

— Stan Meador and his wife, Wendy. Meador said his call to missions “began on the pristine beaches of Belize, to church construction in Brazil and then to the persecuted church of Bulgaria,” where he served as short-term missionary from 1993-95.

“For me, it began on the pink, sandy beaches in Bermuda,” Wendy Meador added, “[then] to a small, tin-roofed shack church in Barbados to Hispanic migrant ministry in rural Kentucky.”

“Now we go to plant house churches among the German Brazilians in South Brazil,” her husband said.

— Bryan and Deana Wolf, who have been studying at Southern Baptist Theological Seminary in Louisville. Deana Wolf began by recalling how their then-4-year-old daughter told them in 1999 that they would be missionaries in South America. “As we have grown closer to Christ, He has given us the desire to reach others for Him,” she said.

In “November of 2002, God brought me to the realization that He had made me for such a time as this,” Wolf said. “Our agricultural and my nutritional background have equipped us to serve Christ in the rural villages of the Andes Mountains in Chile.”
–30–
*Names have been changed for security reasons.
(BP) photos posted in the BP Photo Library at http://www.bpnews.net. Photo titles: REPRESENTING THE NATIONS and MISSIONARY FACES.