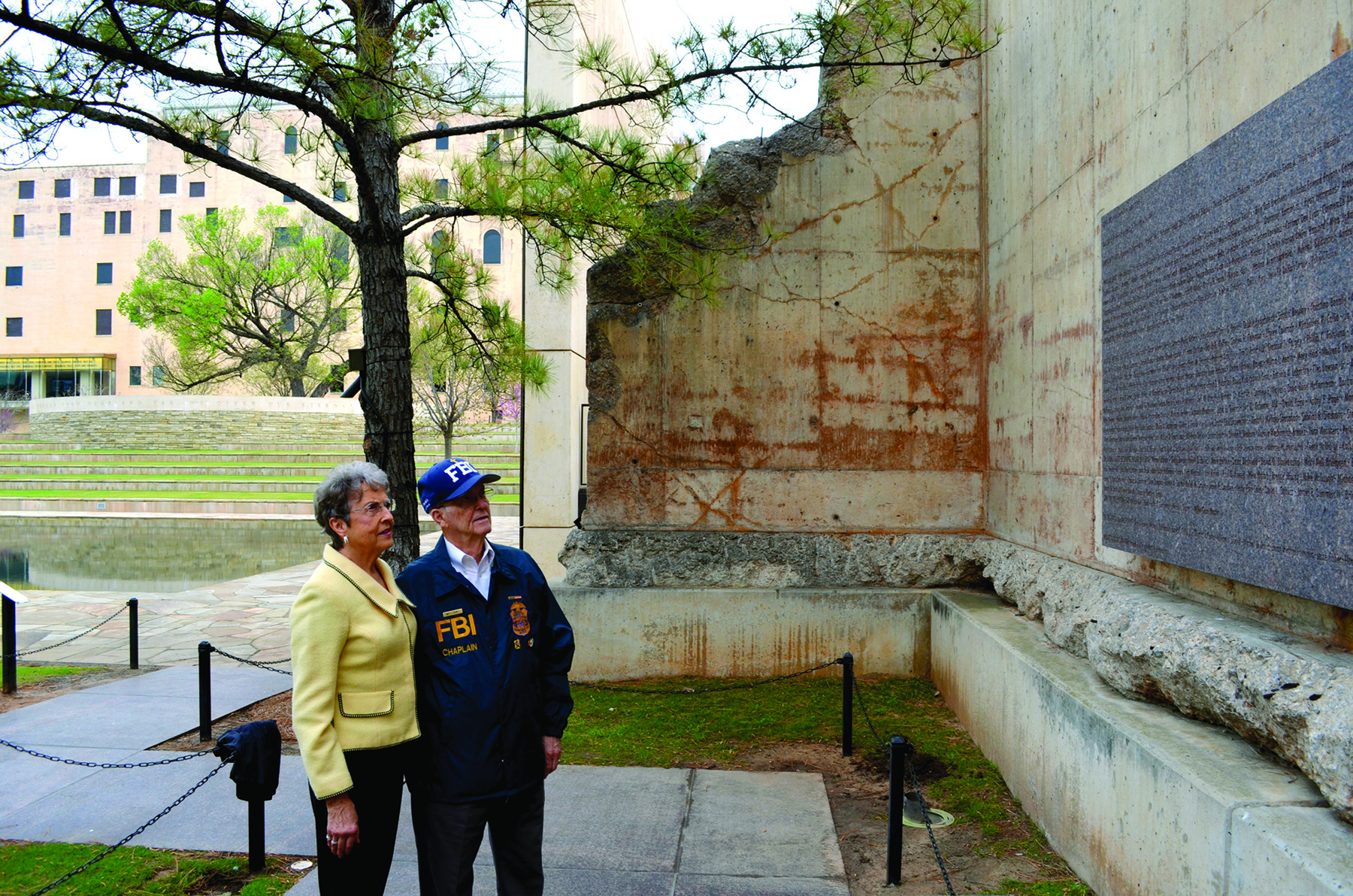 OKLAHOMA CITY (BP) — Joe Williams is familiar in his innermost being with the terms Post Traumatic Stress Disorder (PTSD) and Compassion Fatigue.

He had to deal with images of death and destruction on an intimately personal level in order to help others with tragedies such as the bombing of the Alfred P. Murrah Federal Building in Oklahoma City on April 19, 1995.

Williams, now 79, was the Baptist General Convention of Oklahoma’s chaplaincy and community services specialist and a chaplain with the FBI at the time.

“I spent probably 12-15 hours a day down there” for nearly three weeks, Williams said. He and Oklahoma City police chaplain Jack Poe were scheduled to be in Boston for some training but then decided otherwise.

“Had we been gone, we wouldn’t have been here that day,” Williams said.

He and Poe had taken some seminars that addressed PTSD, but it didn’t take long before Williams faced it personally.

“I can remember one of the days after [the bombing] I had been down to the medical examiner’s office, and in one of their refrigerated rooms they just had little arms and legs laid out trying to figure out how many children they actually lost, and I needed to see that so I would know what they were working with,” Williams recounted.

“The next morning, my granddaughter — she was about 3 — I saw her running down the hallway away from me in our house” and in an hallucination “I saw her blown apart.”

“After that, when I saw children, that’s the way I would see them. … We later took out that hallway in our house and made the den bigger to help get rid of that image.”

But before the home remodeling, FBI supervisors in Quantico, Va., noticed changes in Williams in reading his daily reports.

“I got a call from my secretary about 20 days after the bombing, and she told me the FBI chaplain coordinator said my airline tickets were ready for Washington, D.C.,” Williams said. “I told her I wasn’t going to Washington, but she insisted they wanted me to come … and meet with other chaplains to discuss what would need to be done because they expected similar incidents in the future.”

Two men in dark suits met him at the airport and took him to a hotel room where a police psychologist from Boston later came in and said the other meeting would be held later. “[H]e asked me to go over all of my experiences, and I unloaded my garbage on him over three hours, especially the incident with the children and my granddaughter.

“We went through the process of EMDR — Eye Movement Desensitization and Reprocessing — where you take an image that’s in your face all the time mentally and … you move it to where you can recall it if you want to, but it’s not right in front of you all the time.”

Williams had become an FBI chaplain in January 1991 after his first work as a chaplain with the police department in Nicoma Park, Okla., in 1982 when he was pastor of First Baptist Church there.

In response to the bombing, Williams worked with Baptist General Convention of Oklahoma and FBI personnel while Poe worked with the Oklahoma City Police Department, the Secret Service and the National Guard. He said the bombing was especially personal to him when he made death notifications to families of members in his church who were killed in the blast.

“And I have been able to say, ‘Lord, I don’t need these thoughts, and I want You to take them so I can sleep,'” he said. “But I never got the peace of Him doing that until I said, ‘And, I want to thank You for taking them, and thank You for the sleep You have given me.’ That’s worked for me. …

“I still have flashbacks,” Williams admitted. “I go back to where that building used to stand, marvel at the survivor tree and the reflecting pool, and walk through the field of memorial chairs, and the memories come flooding back. But, God has given me a sense of peace about everything.”