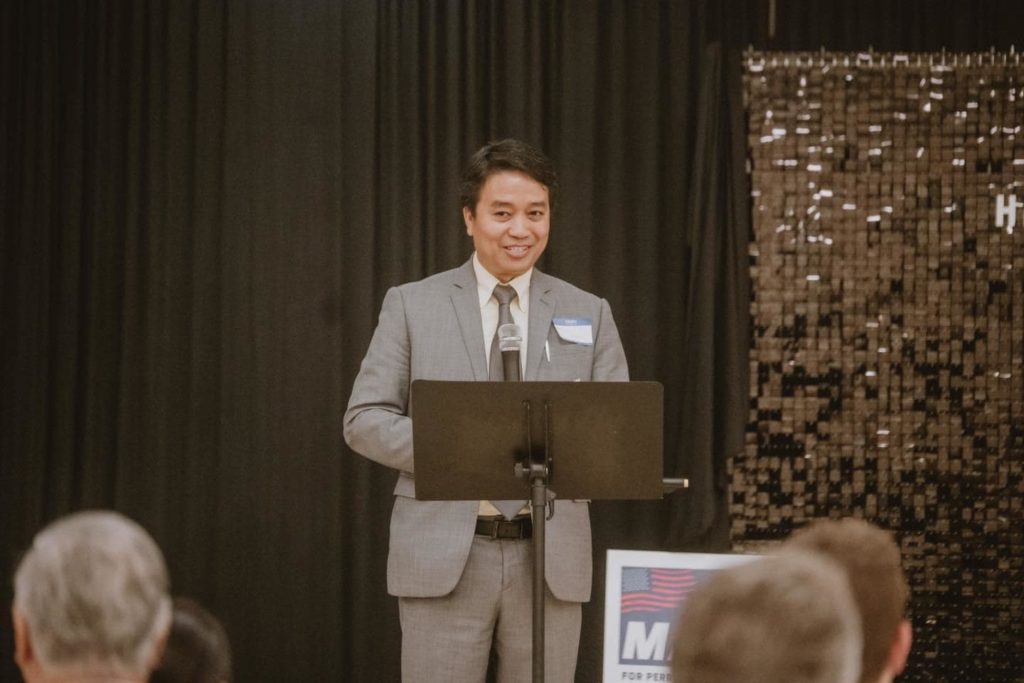 Hre Mang, pastor of Falam Christian Church in Indianapolis, a Burmese congregation, was recently elected to his town's school board.

Mang, senior pastor of Falam Christian Church in Indianapolis, was elected to one of the school board’s three positions during last week’s midterm elections. He will serve a four-year term.

He received the highest percentage of votes of any of the seven candidates with 18.46 percent, and becomes the first-ever Burmese-American to be elected in the history of the Perry Township Schools Board, according to local media reports.

According to local Indianapolis news station WTHR, central Indiana has the largest concentration of Burmese Americans in the nation with around 25,000 people.

“We can no longer keep the policies considering the diverse needs of the student body. There are certain things we need to change, and I want to initiate any change that we have to do to produce quality students when they graduate.”

Since coming to the United States, Mang spent more than 10 years earning multiple degrees at various schools. He hopes good education can open doors of opportunity for the next generation the same way it did for him.

“I think God’s design is everyone is capable of making money for their livelihood. I see quality education is one way that people can become self-reliant, grow up to take responsibility for themselves and their family. This is for the glory of God and for the good of society.”

Even before his election to the school board, Mang had lived in the Indianapolis area since 2002 and pastored Falam Christian Church since 2009.

Falam is a congregation made up of the Chin people group, and services are held in the Burmese language.

Some of the main priorities for the church include engaging the next generation and expanding its reach beyond the local community.

“We do a lot of engagement with the younger generation, and our No. 1 target is becoming a missional church and making disciples through reaching our community as well as the extending to the national and global level,” Mang said.

Mang himself is serving the Southern Baptist Convention on both the state and national levels. He is both a board member of the State Convention of Baptists in Indiana and the vice president of his local association (Crossroads Baptist Association).

Additionally, Mang is serving the broader SBC as chair of transitional leadership for the newly formed Myanmar Baptist Churches U.S.A.

The group was formed by Peter Yanes, executive director of Asian American relations and mobilization for the SBC Executive Committee, as a way to better connect Burmese-speaking churches in the convention.

There are currently 128 churches involved with the group, and Mang is set to be presented and affirmed as its executive director at the group’s first annual meeting, which will coincide with the 2023 SBC Annual Meeting in New Orleans.

“Many of these churches are not engaged with the SBC at a national level,” Mang said.

“These local churches need help, and we want to come alongside them. In addition to helping make them away of the important of the Cooperative Program, we want to make them aware of the resources, opportunities, and networking that is available.

“We want to show them there are immigrants coming along with the Southern Baptist Convention to accomplish the Great Commission.”

Mang said Southern Baptists should value civic engagement as a way to be a light for Christ.

“I think biblically the Bible teaches to serve the community and society,” Mang said.

“I think serving means giving godly wisdom and engaging with people in government and school systems. I don’t expect or believe that everyone is called to serve on the school board or government system, but one way that everyone is civically responsible is to engage beyond the church building. Every has divine gifts and callings they must use for sharing the Gospel and Kingdom expansion.”