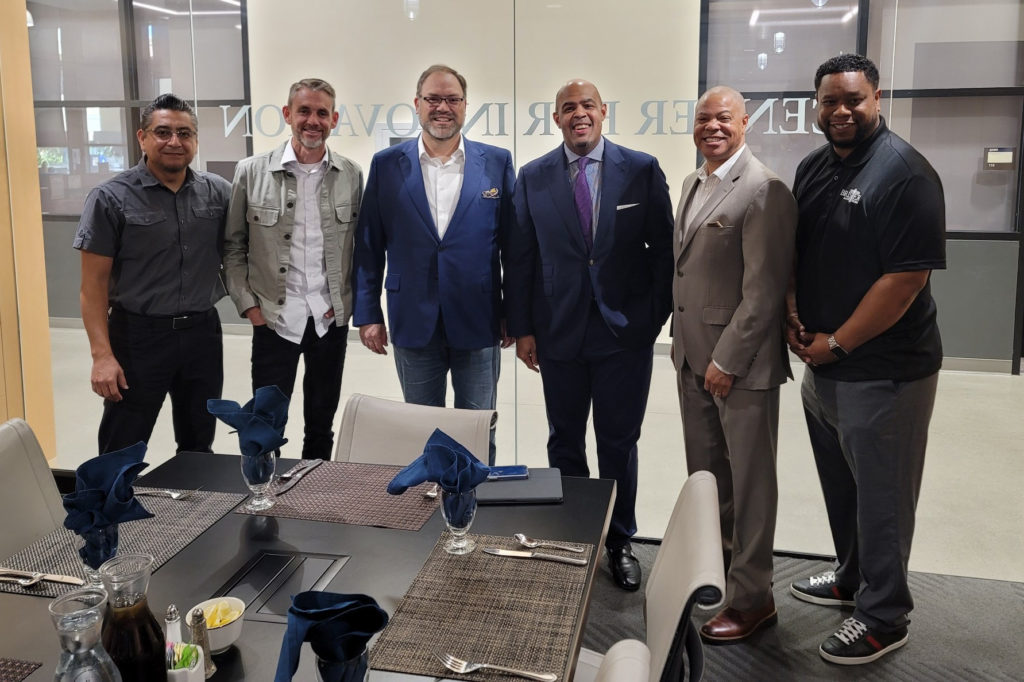 Gregory Perkins, West Region director of the National African American Fellowship of the SBC, organized the luncheon on behalf of NAAF at California Baptist University (CBU) to allow discussions between McLaurin and state and national leaders based in California.

“I pray that the connections and partnerships between the Southern Baptist Convention EC and the California Southern Baptist state entities, and national partners, will grow deeper,” Perkins told Baptist Press, “that we will strengthen these partnerships so that we can reach more people with the Gospel, so that we can plant more churches, so that more churches will be revitalized.”

“Collaborative partnerships and cooperation are strengthened when ministry partners intentionally carve out time to engage with one another. It was my honor to engage with California Baptist leaders as we had the opportunity to pray together,” McLaurin told Baptist Press. “Our common bond in advancing the Great Commission at home and around the world is what makes us better together.

“I am incredibly thankful for Pastor Gregory Perkins for coordinating strategic connections that will strengthen our cooperation. I am excited that the larger Southern Baptist family will have the opportunity to see California Baptist on display during the 2022 SBC Annual Meeting in Anaheim.”

Perkins described the meeting as an opportunity to leaders to hear updates and pearls of wisdom from McLaurin in advance of the SBC Annual Meeting June 12-15 in Anaheim.

“This is a family affair,” he said, “as the Southern Baptist family comes to California and we want to share with them what we experience every day.”