MALATYA, Turkey (BP) — Ten years ago, in the Turkish city of Malatya three Christians were martyred for their faith by men who pretended to be interested in the Gospel. 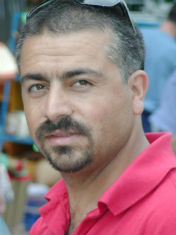 Tilmann Geske, Necati Aydin and Ugur Yüksel went to their office on April 18, 2007, to study the Bible with a group of five young men, some of whom they had known for several months. The young men, none of whom were older than 20, threatened the Christians, tied them up and tortured them. When another local Christian became suspicious, he called the police. As the police were arriving, the young men took the lives of the three Christians. The youth were caught red-handed, arrested and tried for their crimes. The plot was later revealed to be part of a larger conspiracy in which powerful people had agreed to support the young men’s families if they would commit the crime.

In the days following, the press spoke to one of the widows, and she declared her forgiveness for the murderers. In Turkish culture, however, forgiveness is not a common trait — and it certainly was unheard of that someone could forgive such an act of evil. So the story spread, and people across Turkey were talking about it in their homes, tea houses and places of business.

This message of forgiveness is the message Christians carry wherever they carry the Gospel. All of us stand guilty before God. It is only when we accept the sacrifice of Christ’s death on the cross that we find forgiveness for our sins. When Tilmann’s widow shared her sentiment, she was simply following the teachings of Scripture: “Bear with each other and forgive one another if any of you has a grievance against someone. Forgive as the Lord forgave you” (Colossians 3:13, NIV).

During the 50-plus years of evangelical Christian work in the modern era of Turkey, this message of forgiveness has been proclaimed hundreds of thousands of times. Sometimes it is proclaimed through God’s Word, sometimes through preaching and prayer, but rarely has it been declared more vividly than in the sacrifice of our brothers and in the words of this widow.

Many people have heard these proclamations of truth and, currently, the evangelical church of Turkey lists its number of believers at around 6,000, a number about double from 2007, the year of the murders. When compared to a total population of between 75 million to 80 million, this number seems incredibly small. But to discount a small number is to discount the miracle of 6,000 lives changed by the Gospel.

In a country like Turkey, the entirety of society, culture and family life is predisposed against someone responding to the Gospel. When the message of forgiveness in Christ is shared with the people of Turkey, they typically find it too easy. They have been taught that God requires a complex system of balancing the good and the bad of life, without ever knowing if they can stand in honor before God. To hear that someone is offering forgiveness for free doesn’t make sense to them.

This happened when they heard this widow’s message of forgiveness. People questioned how she could say that. Some said she must not truly love her husband. What they didn’t understand was that while her family must live on, grieving their loss, Tilmann, Necati and Ugur’s eternal fates were sealed in Christ. They had been forgiven, so their physical deaths did not end in condemnation.

The message of the gospel for the people of Turkey and for people around the world is one of acquittal. People live as captives of guilt, but the message of Christ offers hope for all: “For God did not send his Son into the world to condemn the world, but in order that the world might be saved through him. Whoever believes in him is not condemned” (John 3:17–18).

Every year on the anniversary of the murders in Malatya, the Turkish church has called Christians around the world to remember these martyrs with a Global Day of Prayer for the Church in Turkey. This month, as we look back on the past 10 years at the growth of the church in Turkey, we can celebrate the miracles of salvation and rejoice in the growth of the church and the maturity of many leaders in Christ.

At the same time, we can cry out for mercy for the millions who don’t know or understand that Christ’s righteousness can be theirs if they will only accept His message of forgiveness. Join with us in both praising the Lord for what He has done and calling on His name to act among the Turkish people in ever more mighty ways.