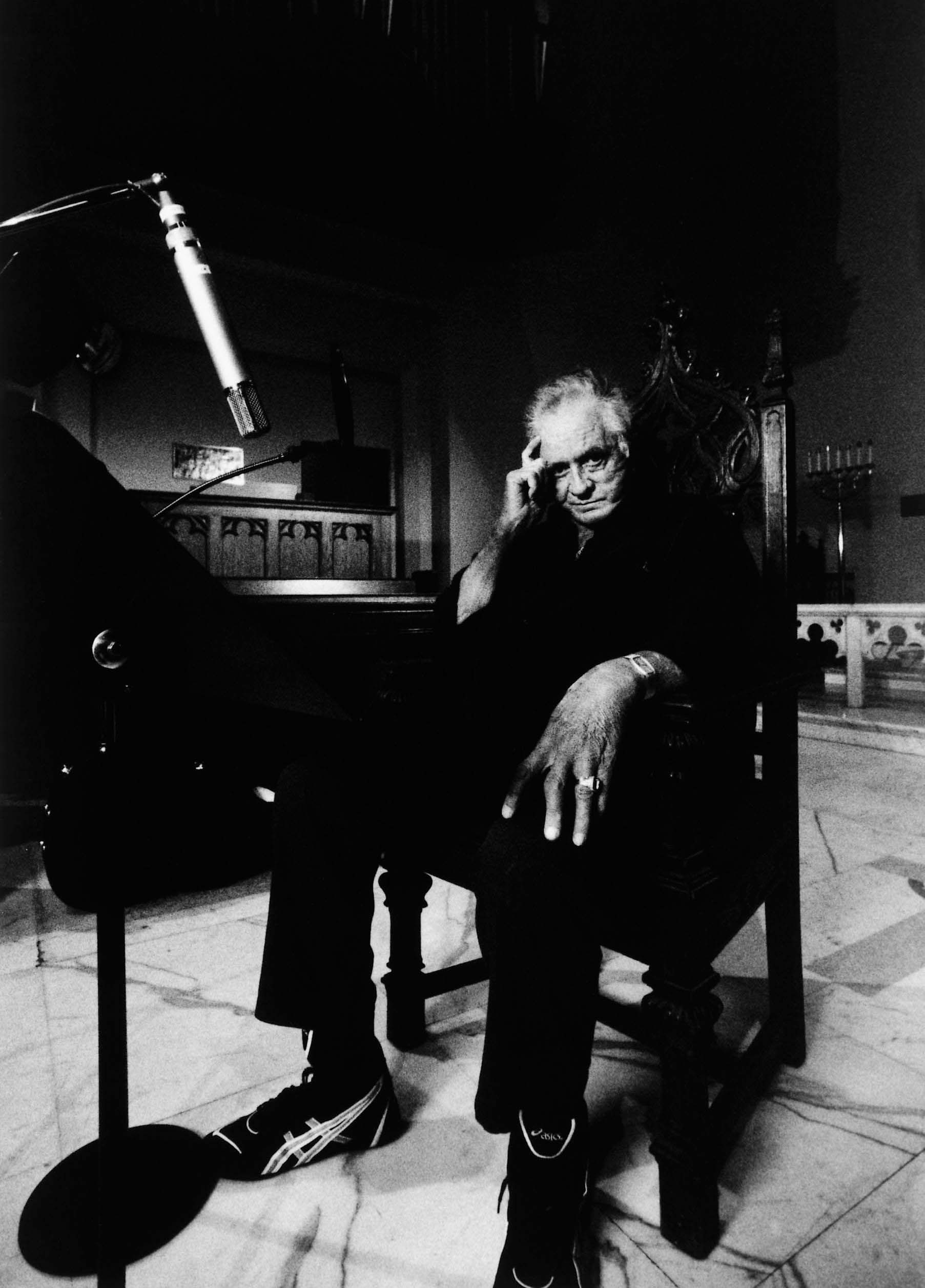 NASHVILLE, Tenn. (BP)–Country music legend Johnny Cash died of complications from diabetes, which resulted in respiratory failure, Sept. 12 at age 71 in Nashville. While known as the Man in Black with hits such as “Ring of Fire,” “I Walk the Line” and “A Boy Named Sue,” Cash became a man of strong faith.

In May, Cash lost his wife of 35 years, June Carter Cash. At her funeral, Courtney Wilson, former pastor of First Baptist Church in Hendersonville, Tenn., recalled how 36 years ago he met June and Johnny, and one Sunday while Johnny was recovering from a bout with drug abuse, June persuaded him to go to church with her. He didn’t want to get back into the public so soon, but she said they’d go late and sit in the back. They did, and Wilson preached a sermon about the living water of Christ. Johnny remembered that sermon and wrote about it in a book in later years, Wilson said.

Cash once noted that his favorite Scripture verse was Romans 8:13, which says, “For if you live according to the sinful nature, you will die; but if by the Spirit you put to death the misdeeds of the body, you will live….”

“Years ago I claimed this Scripture as my own promise, and I feel there were many times a lifesaving situation was realized by turning to this Scripture for counsel,” Cash said in a 1997 devotional book called “Lamp Unto My Feet” by Art Toalston. “In other words, the Scriptures, or God speaking through them, have saved my life. This Scripture, especially.”

In a written statement, Billy Graham called Cash not only a legend but a close personal friend, “… a good man who also struggled with many challenges in life.

“Johnny was a deeply religious man. He and June came to a number of our Crusades over a period of many years. Ruth and I took a number of personal vacations with them at their home in Jamaica and in other places. They both were like a brother and sister to Ruth and me. We loved them.”

Graham shared that he and his wife were praying for the Cash family and said, “I look forward to seeing Johnny and June in heaven one day.”

President Bush released the following statement upon Cash’s death: “Johnny Cash was a music legend and American icon whose career spanned decades and genres. His resonant voice and human compassion reached the hearts and souls of generations, and he will be missed. Laura joins me in sending our thoughts and prayers to his family.”

Cash was born during the Depression in 1932 in Kingsland, Ark. His parents took advantage of a New Deal farm program, according to CNN.com, and the family farmed cotton during the day and sang hymns on the porch at night.

After three years in the Air Force, Cash moved to Memphis, Tenn., where he sold appliances door-to-door while trying to break into the music business. In 1954, CNN.com recounted, Cash auditioned for Sam Phillips at Sun Records, hoping to record some simple gospel songs. Phillips, who had discovered Elvis Presley and Jerry Lee Lewis, pushed Cash toward a more commercial sound.

He toured worldwide and succumbed to the hectic pace of fame by becoming dependent on mood-altering drugs that harmed his career and ended his first marriage. By 1967, Cash had overcome his addiction with the help of June Carter, who was his singing partner at the time. The next year, the two were married, and Cash made a comeback in his career.

In the fall of 1969, Cash outsold even the Beatles as the hottest act in the world, CNN.com reported. His work accounted for 5 percent of all record sales in the United States that year.

In 1973, Cash co-wrote and produced a film based on the life of Jesus called “The Gospel Road.” He narrated while Carter played the role of Mary Magdelene.

Cash explained his affinity for black clothing in his 1971 hit “Man in Black” when he said it symbolized the downtrodden people in the world.

“Everybody was wearing rhinestones, all those sparkle clothes and cowboy boots,” he said in 1986. “I decided to wear a black shirt and pants and see if I could get by with it. I did and I’ve worn black clothes ever since.”

By the end of his life, Cash had recorded more than 1,500 songs which appeared on nearly 500 albums, won 11 Grammy Awards and had 14 No. 1 country music hits. He was in the process of recording another album when he died.

In June, Cash appeared in Maces Springs, Va., for a Carter family reunion he and his wife had attended often. He was hoarse and weak, but he sang several songs and spoke to the crowd, The Tennessean newspaper in Nashville reported.

“I don’t know hardly what to say tonight about being up here without her. The pain is so severe there is no way of describing it,” he said.

In a Nov. 26, 2002, interview with Larry King on CNN, Cash said he was not angry at God for the way his life had turned into nearly constant battles with health problems, including the loss of nearly 60 percent of his vision due to a disease called autonomic neuropathy.

King asked Cash if he was bitter at God, and Cash replied, “No, I’m not bitter. Why should I be bitter? I’m thrilled to death with life. Life is — the way God has given it to me was just a platter — a golden platter of life laid out there for me. It’s been beautiful.”

King also asked Cash if he had any regrets in life, and Cash said he had none.

In the end, Cash’s mother, Carrie Rivers Cash, was right in her encouragement of him to pursue a music career.

“My mother told me to keep on singing, and that kept me working through the cotton fields,” he recalled. “She said, ‘God has His hand on you. You’ll be singing for the world someday.'”
–30–
(BP) photo posted in the BP Photo Library at http://www.bpnews.net. Photo title: MAN IN BLACK — MAN OF FAITH.