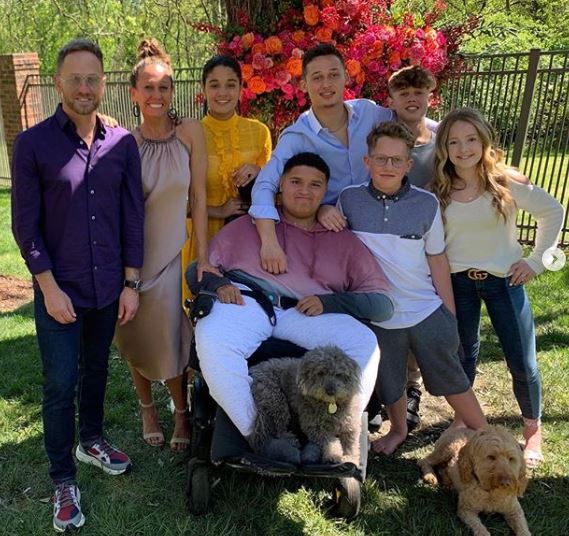 This story was updated since its original posting.

NASHVILLE (BP) — Truett Foster McKeehan, son of Christian rapper TobyMac, died suddenly in his home in Nashville Wednesday (Oct. 23), according to the Tennessean. He was 21.

McKeehan was found unresponsive in his home late Wednesday morning, the Tennessean reported. Emergency crews responded to a call about a person in cardiac arrest. A Nashville Fire Department spokesperson said authorities announced McKeehan dead when they arrived at his home.

The death was confirmed by the Davidson County Medical Examiner’s Office, but the cause of death is still under investigation.

“Truett did pass away at home in the Nashville area sometime Tuesday night or Wednesday morning,” a representative said in a statement Thursday morning to USA Today Network-Tennessee.

“Cause of death has not been determined. Toby was traveling back from Canada and did not get home to be with his family until after midnight last night so there is no statement,” the representative said. “We just ask that everyone please be respectful of their privacy during this time and allow them to grieve their loss.”

McKeehan was an aspiring rapper, releasing music and videos under various stage names. He also appeared on tracks from several of his father’s albums.

TobyMac’s song “Scars” from his 2018 album “Elements” was written about his relationship with his son.

TobyMac was in the middle of a Canadian tour when he returned home to Nashville to be with his family. His remaining scheduled concerts in Canada on Thursday and Friday have been cancelled.

In a statement Thursday to the USA Today Network-Tennessee, TobyMac described his son as “a magnetic son and brother and friend.”

“Truett always had a soft spot for God,” he said in the statement. “The Bible moved him. His heart was warm to the things of his King. He was by no means a cookie cutter Christian but give me a believer who fights to keep believing. Give me a broken man who recognizes his need for a Savior every time. That’s who Truett was and how he should be remembered.”

Greenway not going to IMB

As Ian bears down on Florida, Southern Baptists prepare response

‘Odious effects’ when church, state become too familiar with one another, Walker says