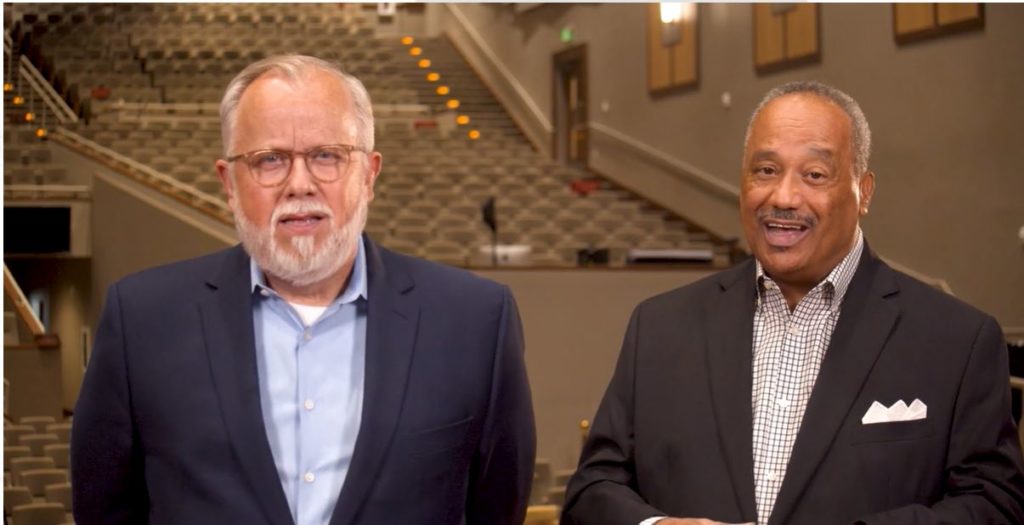 “The response has been good and it’s across the board,” said Litton, immediate past Southern Baptist Convention president and senior pastor of Redemption Church in Mobile. “Obviously we had some concern. We wanted to see, are they going to come from certain regions over others. And it is everywhere Southern Baptists are.”

Fred Luter, senior pastor of Franklin Avenue Baptist Church in New Orleans and the lone African American to have served as SBC president, joins Litton as co-chairman of the project that has renowned pastor Tony Evans as a chief collaborator.

“I am truly encouraged by the number of pastors and members of churches who have expressed interest of wanting to be a part of the Unify Project,” Luter told Baptist Press. “Since then-SBC President Ed Litton first introduced this project in California at the Southern Baptist Convention with the support and input of nationally respected Dr. Tony Evans, the response has been overwhelming and supportive.

“This project has the potential of unifying the Southern Baptist Convention, which is so desperately needed not only in this Convention but across this nation.”

Evans, senior pastor of Oak Cliff Bible Fellowship in Dallas and a noted author, theologian and radio host, has helped shape the Unify Project with resources used in The Urban Alternative ministry he leads.

“Dr. Tony Evans has been so helpful,” Litton said. “The Urban Alternative has a three-step process that they have very graciously allowed us to share.”

The Unify Project will encourage pastors to assemble in their communities, to address racial strife and to act by serving their communities in tangible acts of love aimed at healing. The outreach is also inspired by The Pledge Group, which Litton helped launch with an ecumenical Christian group of pastors and leaders in Mobile after the murder of George Floyd.

“Basically, it’s to begin assembling, meeting, sitting at the table. That is the first step, and it’s getting to know people,” Litton said. “This takes some time, but it doesn’t take a long time. It just has to start. What we say in Mobile is we had to come to the table and we had to stay at the table. … When you have people from such different cultures coming together, we learn about each other. We learn to respect and appreciate and honor one another.”

“To me, this is the most exciting part of the Unify Project,” Luter said. “We have purposely made reaching all ethnic groups a necessity starting with the chairman and vice chairman to all the members of the steering committee, there is diversity across the board.”

At the grassroots level, Litton said, the work is expected to address the unique needs of each community.

“We promised Southern Baptists that we would give simple tools and encourage them, for pastors and leaders in our churches to become leaders in racial reconciliation in their community,” Litton said. “Our hope is it will have a different expression just about everywhere it goes.

The project will launch at theunifyproject.org with a series of web events for pastors and leaders including discussions, individual experiences and stories of success predating the project. The group is planning a celebration for the 2023 SBC Annual Meeting in New Orleans.

“The real heart of Unify Project is not to tell people here are the strict rules you have to follow,” Litton said. “We want to give a simple game plan, a lot of encouragement and resource the local pastor and local leader to really be the hero of this story, to really see what God will do in their cities.

“Our goal is to give the SBC the tools and encourage them to promote the cause of racial reconciliation in their community. That’s the only reason we exist.”

Members of the steering committee are: