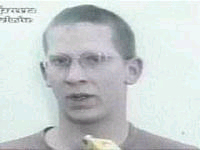 WICHITA, Kan. (BP)–Churches in Patrick Miller’s hometown were celebrating April 13 after learning that their hometown hero had been rescued.

Army Pfc. Miller, 23, was one of seven prisoners of war rescued when U.S. Marines — working on a tip from an Iraqi — found the POWs in a prison just south of Tikrit, Iraq. They had been there for three weeks, wondering if they would survive, thinking about their families and contemplating death.

Miller — who was married at Olivet Baptist Church in Wichita, Kan., and accepted Christ during marriage counseling — was close to giving up hope.

“I thought [the Iraqis] were going to kill me,” he told The Washington Post. “That was the first thing I asked when they captured me: ‘Are you going to kill me?’ They said no…. I still didn’t believe them.”

But members of churches in and around Wichita, including Olivet Baptist Church, prayed for the soldiers continuously.

Olivet Baptist pastor Ron Pracht received a call from a local reporter the morning of April 13, just hours before services at his church were to begin. He hurriedly turned on the television, wanting confirmation. Finally, around 9 o’clock, he learned that Miller’s wife, Jessa, had received good news from the military — her husband was OK.

Pracht told the news to his congregation during the Sunday morning worship service.

“When I announced it, the whole congregation broke out in applause and tears,” Pracht told Baptist Press. “People were very excited — not just for Patrick but for the other six as well.”

There was a similar reaction at Valley Center Assembly of God, where Miller visited as a youth.

“Our people just began to celebrate and clap,” said Valley Center Assembly of God pastor Bobby Massey. “They were just so excited.”

“She was just ecstatic and very grateful,” said Pracht, the family’s spokesman. “She knows that people literally around the world have been praying for her and Patrick and the other POWs and the families. The adrenaline she’s lived on for the last three and a half weeks is gone. She’s just tired and yet anxious about when they’re going to get the POWs back to the states.”

The Millers were able to talk on the telephone hours after his release.

“He told Jessa that he was treated well,” Pracht said. “He looked good on the pictures we saw on television. He’s obviously tired and really anxious to get to a place of safety and get back to his wife and kids.”

During those long three weeks the church prepared meals and sent flowers and cards to Jessa, Pracht said. She maintained an unselfish attitude, he added.

“In Jessa’s mind it was never about her,” Pracht said. “It was about Patrick who was in trouble. … That’s a pretty good attitude to have — ‘It’s not about me but about others.'”

“It’s been a powerful thing to see it all come to fruition,” he told Baptist Press.

At Olivet Baptist, Pracht led in a special time of prayer — thanking God for the POWs’ rescue but also asking for emotional healing for those who have lost loved ones.

“There are a lot of families that have a lot of questions,” Pracht said, referring to American and British military personnel killed in action. “At least 150 [families] are not going to get that joyous reunion.”

Miller was part of the 507th Maintenance Company based in Fort Bliss, Texas, that was surrounded by Iraqi troops March 23. The company was in Iraq to serve those in battle — cooking meals, fixing vehicles — but soon found themselves in a firefight. Nine members of the convoy were killed. The ones who survived were forced to surrender. One of them was Miller.

During the first few days bombs were dropped all around them — blowing a door open at one point. After that, they were moved from place to place, the Associated Press reported.

Their rescue came suddenly. “I was sitting there,” Miller told The Post. “Next thing I know the Marines are kicking in the door, saying get down on the floor. They said, ‘If you’re an American, stand up.’ We stood up and they hustled us out of there.”

Miller is from Park City, Kan., which is just a few miles north of Wichita.

Five of the seven soldiers rescued April 13 were members of the 507th Maintenance Company; the other two were crewmen of an Apache helicopter that was shot down.

In other news, the Defense Department has changed the status of Marine Pvt. Nolen R. Hutchings, 20, of Boiling Springs, S.C., to killed in action. He previously was listed as Duty Status Whereabouts Unknown.

He was a member of Boiling Springs’ Northbrook Baptist Church. Northbrook pastor Wayne Dickard announced the news to the congregation, The Greenville (S.C.) News reported.

“Ryan was well-loved here by the whole congregation,” he told the newspaper.
–30–
(BP) photo posted in the BP Photo Library at http://www.bpnews.net. Photo title: PRISONER NO MORE.