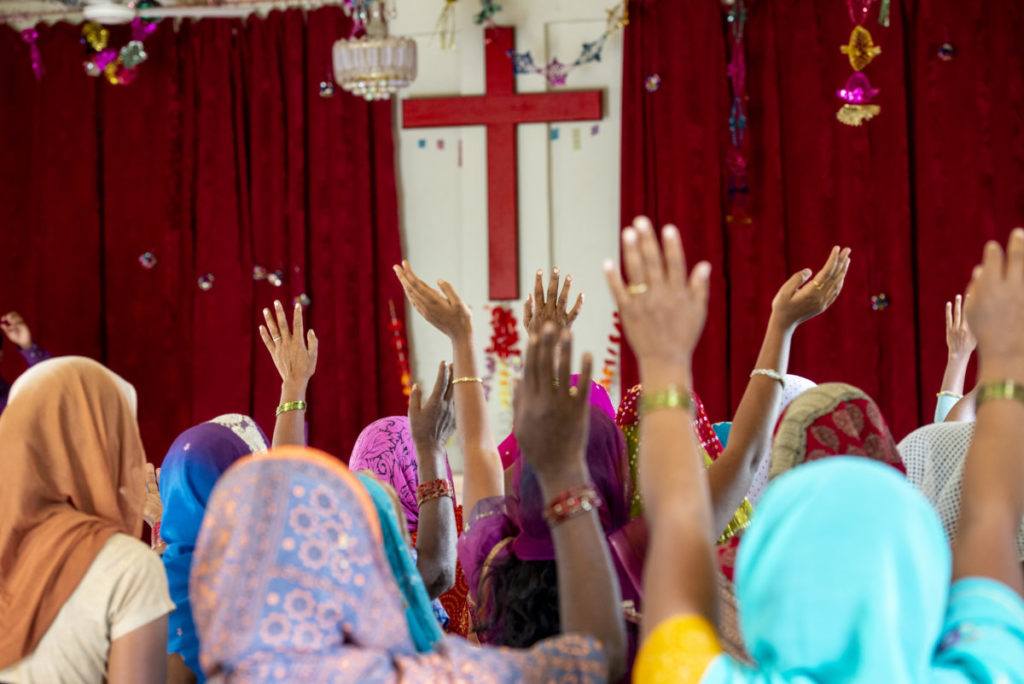 Christians comprise only 2.4 percent of India's 1.4 billion people. Many Christians are ostracized or persecuted, even by their own families. IMB photo

WEST BENGAL, India (BP) – The wife and son of an evangelist, the sole Christian convert in his extended family in majority Hindu India, helped neighbors burn him to death because of his faith, Christian Solidarity Worldwide reported Aug. 23.

Police described the crime as a family matter and refused to investigate the killing of the man identified as Madhavan, CSW reported in urging prosecutions for the crime.

“CSW forcefully condemns the gruesome murder of the evangelist Madhavan. It is deeply disappointing to see that the police officials haven’t even registered a complaint, let alone taken any action in response to this egregious act,” CSW Founder and President Mervyn Thomas said. “We urge the government of West Bengal and the central government of India to ensure that justice is served in this case and that the perpetrators do not enjoy the impunity that often surrounds such crimes in India.”

Christians comprise 2.4 percent, or 68.9 million, of the 1.4 billion people in India, which persecution watchdog Open Doors describes in its 2022 World Watch List as the 10th most difficult place globally for Christians to live. Christians commonly face hostility in the West Bengal region where the crime occurred, and no villagers were willing to speak to authorities about the killing, CSW said.

Madhavan’s wife and son severely beat him while he was attending worship service Aug. 14 at a church in Bankura, took him home and helped the community drag him into a nearby forest, pour gasoline on him and burn him alive, CSW reported.

Earlier in August when Madhavan visited his family for a relative’s wedding, his children destroyed his Bible and verbally harassed him, sources told CSW. Madhavan’s family had already pressured him to denounce his faith, but he refused.

Madhavan, an independent Christian evangelist, lived in Gobindapur village in the Jhargram district of West Bengal, a region in northeastern India. He had worked under a local evangelist named Tanmoy Shaikh in the Bankura district.

The religion of Madhavan’s family and village was not disclosed. While India suffers from Hindu nationalism under the ruling Bharatiya Janata Party, with 81 percent of the population identifying as Hindu in the 2011 Census, 12.9 percent of Indians are Muslim, 1.9 percent are Sikhs and less than one percent are Buddhists, Jains or other religions, the Pew Research Center said in 2021.

In its latest report on India, “Religion in India: Tolerance and Segregation,” Pew Research said the majority of the 30,000 Indians interviewed voiced a respect for all religions but simultaneously, a smaller majority also expressed a desire for religiously based segregation.

“These two sentiments may seem paradoxical, but for many Indians they are not. Indeed, many take both positions, saying it is important to be tolerant of others and expressing a desire to limit personal connections across religious lines,” Pew wrote in reporting its findings from the study canvassing 30,000 Indian residents November 2019 to March 2020. “Across the major religious groups, most people say it is very important to respect all religions to be ‘truly Indian.’”

But Open Doors, in ranking India as the 10th most dangerous place for Christians, described violence as extreme, with very high or extreme levels of pressure in all spheres of life, including the church, community, family and private lives. Open Doors pinpointed Hindu extremists as perpetrators of violence against Christians.

“The persecution of Christians in India has intensified, as Hindu extremists aim to cleanse the country of their presence and influence,” Open Doors wrote in its January report. “The extremists disregard Indian Christians and other religious minorities as true Indians, and think the country should be purified of non-Hindus.

“This has led to a systemic – and often violent – targeting of Christians and other religious minorities, including use of social media to spread disinformation and stir up hatred.”