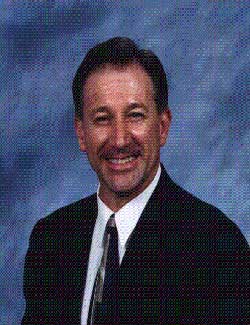 McMINNVILLE, Ore. (BP)–Hundreds of men, women and children huddled together for warmth. They stood in the chill of a pre-dawn drizzle. Some had waited for hours, anticipating the moment when their patience would be rewarded. At the precise hour of 6 a.m. doors would be unlocked and their desires would be fulfilled.

If you had happened upon the scene, you might have thought a disaster had occurred and people were waiting in line for assistance. Perhaps these were homeless people waiting for a hot meal. You might even have confused the scene for a refugee camp of illegal aliens.

You might have concluded a variety of things about the long line of people gathered before sunrise if you were not aware of the date. For, you see, the crowd had gathered on the morning of Nov. 24, 2000. It was the day after Thanksgiving and they were amassed outside a Wal-Mart.

The scene has become all too common each year the day after Americans have eaten too much, when they rise too early only to go and spend too much. These “new” traditions of Thanksgiving bear little resemblance to the humble beginnings of this annual observance.

The season of “Thanksgiving” was once an observance centered on gratitude for what one had. When the Pilgrims began this noble tradition, they did so because they were grateful to God for the fact they were alive. Almost half of their original number had perished during a harsh winter. While they did not have much, they praised the Almighty for the blessings they did enjoy.

Michael Lewis, a senior editor at the New Republic, writes in Worth magazine, “One [change in the way Americans shop] is a gradual shift toward a pattern of consumption that has little to do with the simple satisfaction of needs.” In other words, we no longer make purchases simply because we truly need something; we buy things because our self-worth is gauged by our ability to acquire stuff.

Perceived peer pressure also plays a role. Bombarded with messages detailing the hottest item of the season, we simply must have what everyone else will be buying this year. Heaven forbid that we be the only one on the block without one.

The only proof one needs that Lewis’ observation is correct is garage sales. Much of what was purchased the day after Thanksgiving will be available this spring at a yard sale near you.

There is much to be thankful for in America today. I, for one, am grateful the long lines outside of stores and malls recently were not bread lines. However, if they were, I am sure we would have a greater sense of what Thanksgiving is truly about.
–30–