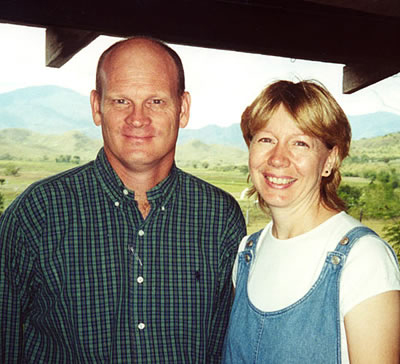 NASHVILLE, Tenn. (BP)–Gracia Burnham has co-written a book about her experiences relating to the kidnapping and captivity she and her husband endured at the hands of Muslim extremists in the Philippines. The book, called “In the Presence of My Enemies,” is set for release May 4.

Missionaries to the Philippines, Gracia and Martin Burnham were the focus of countless prayers across the United States and around the world from the time of their kidnapping in May 2001 until their rescue 376 days later in June 2002. Gracia Burnham emerged from the last gunfight alive, but her husband and Philippine nurse Deborah Yap were killed in the battle. After the rescue, Burnham returned to her home state of Kansas to recover and be with her family. Burnham’s book, co-written with Dean Merrill, is being published by New Tribes Mission, the organization that sponsored the Burnhams in the Philippines. New Tribes Mission’s chairman, Oli Jacobsen, wrote the forward to the book.

“The cruelty and suffering Martin and Gracia experienced at the hands of their captors was worse than I had ever imagined. As I read … I found myself experiencing a gamut of emotions: anger, joy, tears, laughter, but most of all, excitement at how God sustained them,” Jacobsen wrote.

The Burnhams had been New Tribes Mission workers since 1985; he was a pilot and she had worked with NTM aviation needs. Based in Sanford, Fla., the interdenominational missions agency focuses on planting indigenous churches among unevangelized people groups in remote areas around the world.

With the release of the book, Burnham is scheduled to make several media appearances in the coming weeks.

The following list was released by New Tribes Mission April 30:

— Dateline NBC May 4 will air a one-hour special on Burnham’s story.

— MSNBC and CNBC will feature the interview after the Dateline NBC program airs.

— Beginning May 5, CBN’s “700 Club” television show will run a multi-part series of interviews with Burnham.

— Fox’s “Hannity and Colmes” May 6 will air the first live cable interview after the book’s release.

— ABC’s “Good Morning America” will air a live interview May 7.

— CNN’s “American Morning” with Paula Zahn will air an interview May 7.

— Good Housekeeping’s June issue will have a book excerpt. The magazine hits the newsstands May 12.

— People magazine will have an interview in the May 19 issue, which will be released May 9.

— Readers Digest will run a book review in the June issue.

— The cover story in Decision’s June issue will be about Burnham.

— Christianity Today will feature Burnham on the cover of the June issue.

— Today’s Christian Woman will feature Burnham in the July/August issue.

— Guideposts magazine will have an article in the July issue.

Because of the large amount of publicity, Burnham’s pastor asks Christians to pray more fervently for her to meet the demands placed upon her.

“She needs our prayers to continue as mom and be the positive influence for Christ that this most unfortunate event has placed her in,” Robert Varner said in the New Tribes Mission release. “God has given grace and strength, and she needs to continue to feel His presence and help in her private and public demands.”

The pastor also requested that Christians remember Burnham’s children, Zach, Mindy and Jeff, during this time.

“May God do a real work in their hearts and lives and they be yielded to the Lord for His will,” Varner added.

A New Tribes Mission special edition of “In the Presence of My Enemies” at a discounted price may be ordered from the New Tribes Mission bookstore at www.ntmbooks.com or by calling 1-800-321-5375. The book will be in stores May 4.
–30–
(BP) photo posted in the BP Photo Library at http://www.bpnews.net. Photo title: TURNING TRAGEDY INTO MINISTRY.