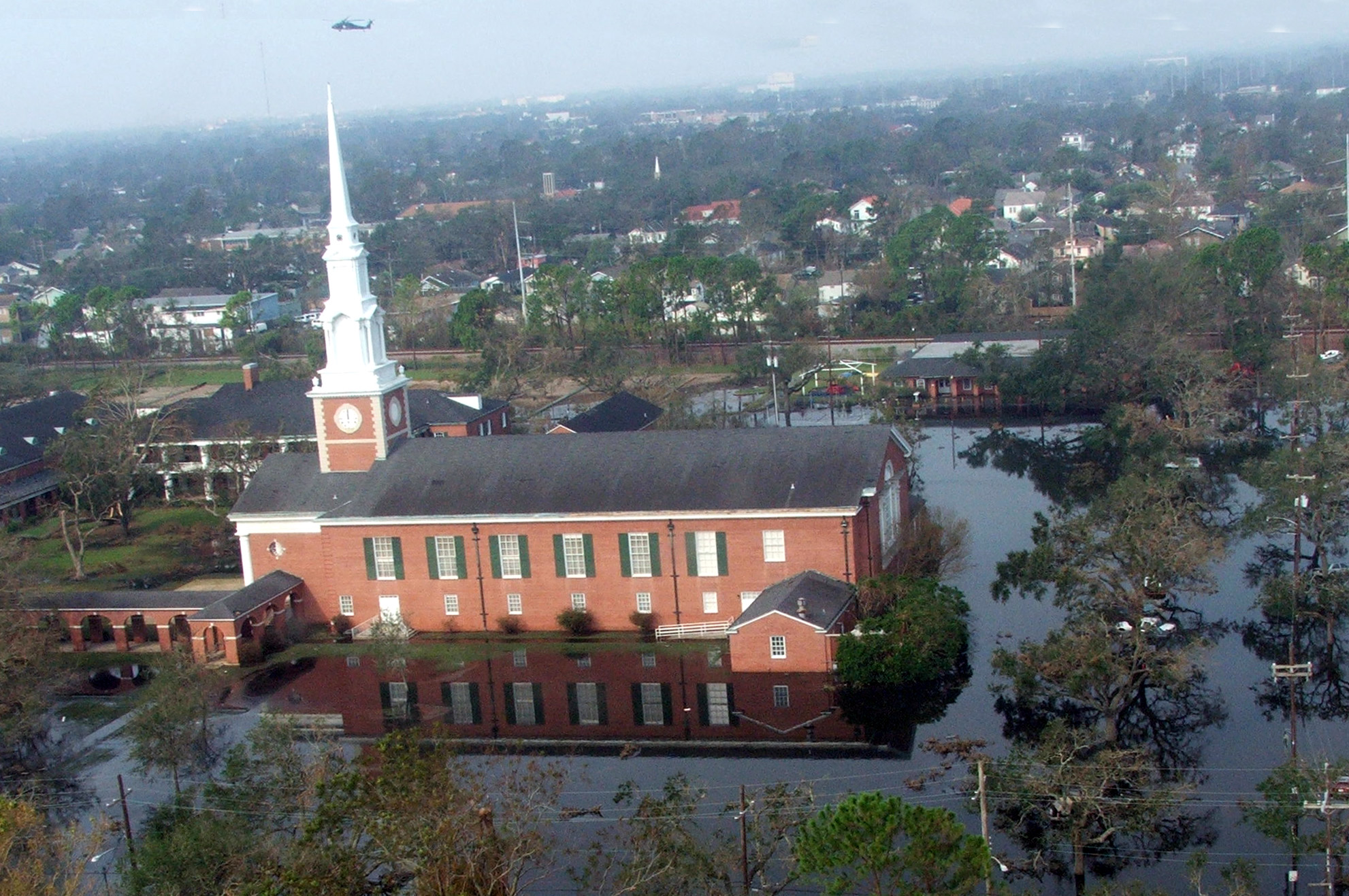 NEW ORLEANS (BP)–Many of the visible marks left by Hurricane Katrina five years ago have been washed away by time and hard work, but the impact of the storm continues to affect New Orleans Baptist Theological Seminary.

Despite deep pain and challenging circumstances, the seminary community overcame. NOBTS President Chuck Kelley has seen those who went through the storm emerge with a deeper faith in God and an unflinching, stubborn commitment to be witnesses in the city and region.

On Aug. 29, 2005, Katrina slammed ashore just east of New Orleans, leaving a path of destruction stretching from New Orleans to Mobile, Ala., and as far north as Meridian, Miss. Initially it seemed that New Orleans escaped the worst of the storm, but multiple levee failures left 70 percent of New Orleans underwater.

The seminary was not spared. Sixty percent of campus housing received significant damage. Only two weeks into a new semester, the seminary’s primary task of training ministers was put on hold. Main campus students fled to 29 different states; the faculty was scattered to nine states.

Kelley said he hesitates to call out any specific gift, because every SBC entity and every state convention made sacrifices to help the seminary community in the immediate aftermath of Katrina. Even the conventions hit hardest by Katrina — Alabama, Florida, Louisiana and Mississippi — gave to the cause. The gifts — clothing, food and money — allowed NOBTS to provide immediate assistance for students, professors and staffers.

The seminary also soon returned to its theological training mission. Just days after the storm, Kelley, Provost Steve Lemke and other faculty members formulated an innovative plan to re-launch fall classes for students wanting to continue their studies. Faculty members gathered to reformulate their courses into an online discussion-oriented format. Eighty-five percent of the students who had enrolled at the main campus before the storm opted to resume their studies online or at one of the seminary’s extension centers that semester.

The storm provided a powerful affirmation of the educational strategy NOBTS had put in place decades earlier, Kelley noted. The extension center system begun under Kelley’s predecessor, the late Landrum P. Leavell II, played a key role in continuing classes that semester — and the philosophy behind the extension centers — accessibility — made the online courses possible.

As in the immediate aftermath, SBC volunteers played a key role in the restoration of the broken campus. Churches, conventions and individuals sent money to help begin the cleanup and renovation of campus housing. Volunteers came by the hundreds to help clean and paint campus buildings. The volunteer labor alone saved the seminary $2 million in reconstruction costs. The total cost of the restoration swelled to $75 million.

“If we were an individual school, I just don’t know what we would have done. This marvelous, cooperative relationship of local churches, of associations, of state conventions and the national convention, each doing what they are best suited to do is an unbelievably powerful force,” he said. “It is a powerful force in girding up the church for its witness to the world.

While some main campus offices reopened in early January 2006, the entire administrative staff did not move back to campus until April 2006. By August 2006, the campus was fully operational and students and professors were back in the classroom for a new semester.

However, the campus was not the same. The beautiful restoration could not hide the fact that NOBTS lost 92 apartments during the storm. Only 16 new apartments have been constructed since Katrina. Kelley identified student housing as the greatest need facing the school. NOBTS needs between $15-17 million to replace the lost units.

Kelley said the numbers are understandable due to the seminary’s commitment to make theological education more accessible. Giving students more options is not simply a reaction to Katrina, but a continuation of the strategy launched under Landrum Leavell. It is also a response to churches, associations and state conventions looking for ways to train ministers as they serve.

Many of the lessons learned by the seminary community, however, center around NOBTS’ place in the city of New Orleans. Kelley sees renewed Gospel vigor among students, professors and staff. More and more students are looking for ways to stay and serve in New Orleans after finishing their degrees.

“We really learned the role that our seminary plays as a ‘lighthouse’ in New Orleans — as an illustration of the presence of God,” he said.

A few weeks after the storm, the contractor was able to get enough power to light a few large spotlights. By shining them on the Leavell Chapel steeple, workers on campus provided the city with one of the few points of light in a sea of darkness. The lighted steeple, visible from miles away, offered a testimony of the hope of Christ to the hurting city.

Though the seminary campus is restored and enrollment is making a comeback, much work remains to be done in the city. As many as 50,000 homes are still unoccupied. In some areas, entire neighborhoods have not returned. Water marks left by the flooding still stain some buildings. Many members of the seminary family are engaged in the ongoing recovery efforts throughout the city.

“The storm created a great awareness of the fragility of life in New Orleans, but it also created a sense of opportunity,” Kelley said. “Here we had this broken city, let’s be a part of putting it back together. Let’s weave Jesus in the fabric of the new New Orleans.”

Due in part to the work of countless SBC Disaster Relief volunteers and rebuild teams, Baptists in New Orleans are enjoying a larger role in the city.

Summing up the past five years, Kelley called the recovery an act of God’s redemption.

“There will never be a moment in my life that I ever call Katrina ‘good,'” Kelley said. “It brought so much hurt, so much disruption; I could never call it good. But I can call it redeemed.

“God is redeeming Katrina in some very beautiful and precious ways. It doesn’t mean it was a good experience — never can we call evil good — but it does mean that there isn’t a situation that God cannot use for His purposes.”

Many personal Katrina stories are found in a new book by Curtis Scott Drumm, associate professor of theological and historical studies in New Orleans Seminary’s Leavell College. In “Providence through the Storm: The New Orleans Baptist Theological Seminary’s Hurricane Katrina Experience,” Drumm shares insights gleaned from interviews with more than 100 members of the seminary community — faculty, staff and students — with a goal of preserving a lasting record of the historic disaster for future generations. The book also provides a brief history of the city and perspective on the geography and development of the area around the seminary.
–30–
Gary D. Myers is director of public relations at New Orleans Baptist Theological Seminary.