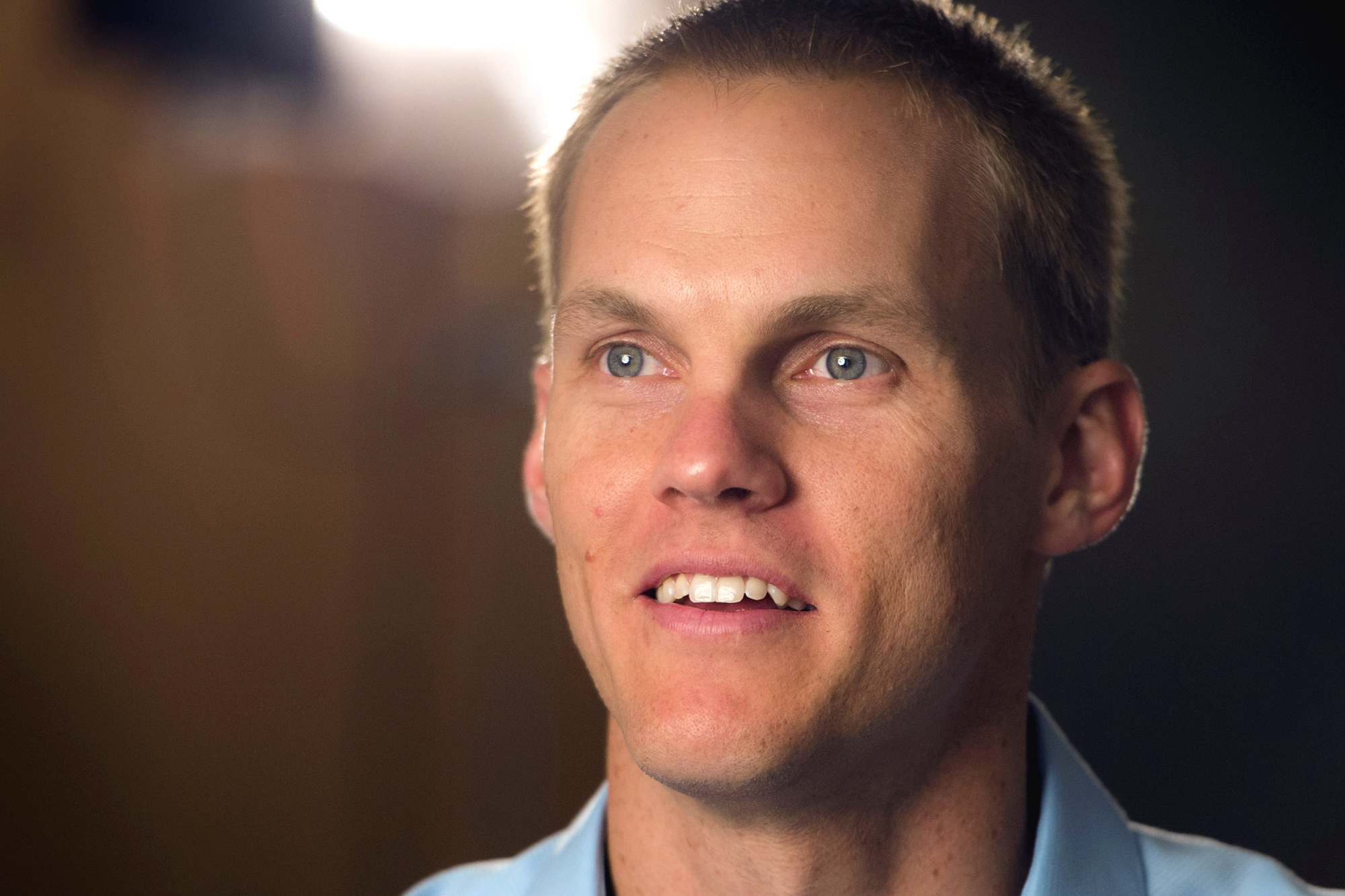 ROCKVILLE, Va. (BP) — David Platt was elected president of the Southern Baptist International Mission Board today (Aug. 27) by board trustees, meeting at the IMB’s International Learning Center in Rockville, Va.

Platt succeeds former missionary, pastor and Southern Baptist Convention president Tom Elliff, 70, who has served as IMB president since March 2011. Elliff asked the agency’s trustees earlier this year to begin an active search for his successor. Elliff and his wife Jeannie plan to return to their home state, Oklahoma.

The author of the bestselling books “Radical” and “Follow Me,” among others, Platt has been pastor of The Church at Brook Hills, which counts about 4,500 members, since 2006. He also founded and leads Radical, a ministry that exists to serve the church in accomplishing the mission of Christ. Radical provides resources that support disciple-making in local churches worldwide, organizing events and facilitating opportunities through multiple avenues, all aimed at encouraging followers of Christ in God’s global purposes. Platt has traveled extensively to teach the Bible alongside church leaders and missionaries throughout the United States and around the world. He and his wife Heather have four children: Caleb, Joshua, Mara Ruth and Isaiah.

“We talk all the time at Brook Hills about laying down a blank check with our lives before God, with no strings attached, willing to go wherever He leads, give whatever He asks and do whatever He commands in order to make His glory known among the nations,” Platt said in a letter to his church, released Aug. 27. “Over these past months, God has made it abundantly clear to both Heather and me that He is filling in that blank check in our lives and family with a different assignment. Along the way, God has used the elders of our church to affirm His call, and today He used the leadership of the IMB to confirm it.”

In an interview, Platt said God had done a unique work in his life over the past 12 to 18 months — particularly since an overseas journey during which he saw a stark representation of just how many people have never heard the name of Jesus.

“This is not something I saw coming,” he said. “I love pastoring The Church at Brook Hills. I love shepherding this local church on mission for the glory of God among the nations and could picture myself doing that for decades to come. At the same time, God has been doing an unusual work in my heart and life. The only way I can describe it is that He’s been instilling in me a deeper, narrowing, Romans 15 kind of ambition, where [the Apostle] Paul said, ‘I want to see Christ preached where He has not been named.’ … He has given me a deeper desire to spend more of my time and energy and resources in the short life He has given me to seeing Christ preached where He’s not been named. The concept of unreached peoples — of nearly 2 billion people who have never heard the Gospel — is just totally intolerable.”

During a February trip to Nepal, Platt recounted, his team trekked for five days before they encountered a single follower of Christ. He also witnessed Hindu families burning the bodies of newly deceased loved ones and scattering their ashes over a sacred river in hopes that they would be reincarnated. Most if not all of them presumably had died without ever hearing of Christ.

“The Lord has made it so clear, clearer than just about anything else I’ve ever done in my life. I told my wife the only thing I can compare it to is asking her to marry me.”

Platt’s passion for people lost without Christ — and his calling to reach them — inspired members of the IMB trustee search committee, according to trustee and search committee chairman David Uth, pastor of First Baptist Church of Orlando, Fla.

“When we realized his sense of call, whether that meant serving as IMB president or going himself … we realized how passionate, how deeply committed and called he was to the nations,” Uth said in an interview. “That began for us a new season of discussions with him — and I will add, too, with his wife. The picture we saw of them was a beautiful picture of a one-flesh marriage moving together, following the same call. We sensed as much call in Heather as we did David. … One more thing that really was consuming for us: his passion for lostness. To bring back passion for lostness within the context of Southern Baptist life would be so refreshing. I think it would be a [denominational] rebirth.”

Uth said the trustees are excited about Platt’s influence among thousands of Southern Baptists and other evangelical leaders through The Church at Brook Hills, the Radical network and other arenas.

“We weren’t looking for a man who knew how to talk about it; we were looking for a man who was doing it — and using the influence he had to affect the nations,” Uth said. “When we considered what Brook Hills was doing to send couples [to the mission field] and to engage people in the pew in kingdom work, we felt like those were clues to how effective he was at mobilizing and getting people to follow the vision that God had given him.”

The ongoing crisis in financial support for missionaries is a major issue for Southern Baptists and IMB leadership, Uth acknowledged, and will challenge Platt as it has challenged Elliff during his tenure. But the potential of young, God-called missionaries in an emerging generation is far greater.

“I think the missionary force, the young people God is calling … represent one of the greatest forces in Christian history right now,” Uth stressed. “While the world is becoming more hostile and anti-Christian in some places, it’s as if [young missionaries’] passion is growing equally to go to those hard places. That’s where we hear young couples saying they want to go, that they want to be radically obedient to what God has called us to do for the nations. The passion is there. How do we equip them and resource them? How do we incorporate strategy that’s effective? David is going to address that in a way that’s going to bring maximum impact.”

Platt particularly hopes to use his influence to multiply the involvement of local Southern Baptist churches for missions in a way that glorifies God and His Word.

“I want to see the IMB, first and foremost, exalting Christ as the center of the church and mission,” Platt said. “He’s the One who’s going to accomplish the Great Commission. He’s given us the joy of being involved with Him in it. That means in everything the IMB does, we’ve got to be in tune with His Word, His plan, His Spirit, reflecting His character. I want to take whatever influence the Lord has given me, and will give me in this position, to sound the trumpet among followers of Christ — Southern Baptists and non-Southern Baptists — to say missions is not a compartmentalized program. The local church is the agent God has promised to bless for the spread of the Gospel to the nations. The role of the IMB is to equip and empower and encourage the local church to do this.”

The Church at Brook Hills has an active current membership of 4,582, according to church administrative staff. Weekly worship attendance averages 5,500. Annual baptisms for the past several years have averaged about 100.

For IMB missionaries overseas, he had a simple message:

“I just [want] to say to you, more than anything, that the vision of the IMB remains the same: a multitude from every language, people, tribe and nation knowing and worshipping our Lord Jesus Christ…. If you don’t hear anything else, please hear me say that all I want to do is lock arms with you, with what you’re doing on the frontlines, with what’s going on back here in mobilizing churches, to go after that vision. … I’ve been so thankful over the years pastoring in the church to partner with so many of you in different parts of the world. I’m thinking about specific brothers and sisters that I’ve had the joy of serving alongside and many others that I look forward to serving alongside in different ways. And I just don’t believe that there is a means that God has blessed so greatly as He has the IMB and this coalition of 40,000 [Southern Baptist] churches working together for the spread of the Gospel to the nations.

“I am honored, humbled, overjoyed and overwhelmed to be in this role, and I just want you to hear from me from the beginning that I am committed to praying for you, to supporting you, to listening to you, to learning from you. … How can we most effectively work together to make disciples of all nations? … I love you, I’m praying for you, and I’m honored to serve alongside you in what is the greatest mission on this earth.”

Platt asked for prayer for The Church at Brook Hills and for his family as he begins the transition to his new role at the International Mission Board.

The Platts are natives of Atlanta. He received two bachelor of arts degrees from the University of Georgia in Athens and master of divinity, master of theology and doctor of philosophy degrees from New Orleans Baptist Theological Seminary. Before becoming pastor at Brook Hills, he served as an assistant professor of expository preaching and apologetics at New Orleans seminary and as staff evangelist at Edgewater Baptist Church in New Orleans.
–30–
Erich Bridges is IMB global correspondent. This story was contributed to by Baptist Press, the Southern Baptist Convention’s news service. Get Baptist Press headlines and breaking news on Twitter (@BaptistPress), Facebook (Facebook.com/BaptistPress) and in your email (baptistpress.com/SubscribeBP.asp).