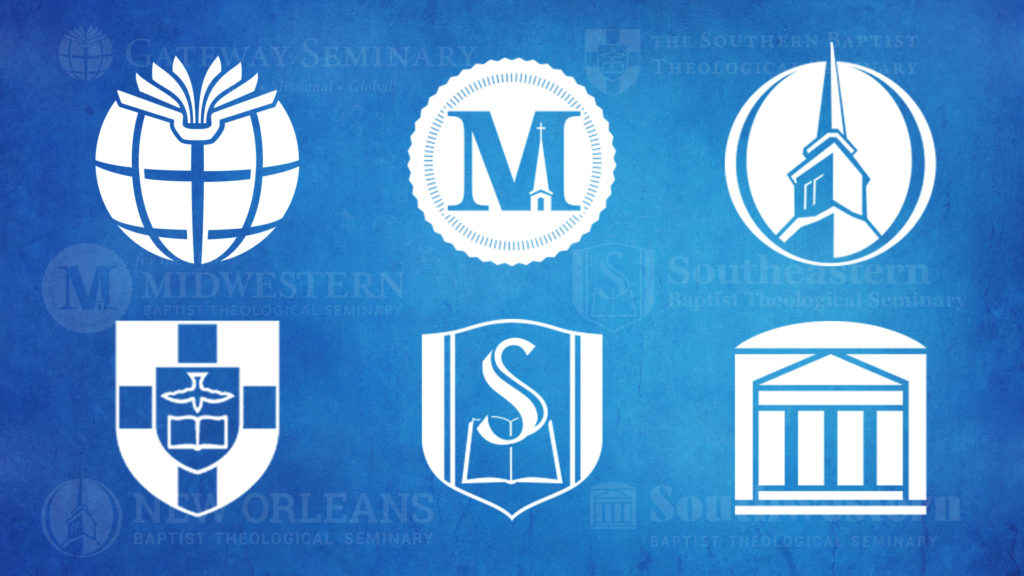 ONTARIO, Calif. (BP) – Gateway Seminary President Jeff Iorg spoke on the tension of maintaining pastoral integrity, while practicing forgiveness and restoration for leaders who engage in egregious behavior in the school’s first chapel service of the spring semester.

“When a pastor behaves in an unethical or immoral way,” Iorg said, “our response must be biblical, practical, balanced and measured.”

“Today’s message is more than an academic treatise or a theoretical exercise,” he said.

“It’s an acknowledgement of the painful, destructive, divisive results of leadership mistakes and how failing to respond to them appropriately compounds the problem.”

Iorg shared three biblical mandates and four warnings churches must consider when dealing with the moral or ethical failures of pastors.

“The Christian doctrine of forgiveness is rich in content, radical in application, and comprehensive in reach,” he said.

Iorg referenced Ephesians 1:7, Colossians 1:14 and 1 Corinthians 6:9b-11a as examples of forgiveness of past sins at conversion. Following conversion, Christians are to confess their sins and depend on His promise to forgive sins as described in 1 John 1:9. Iorg said God expects his followers to also forgive fellow believers and referred to Colossians 3:13b and Matthew 18:21-22.

“All sin is forgivable by God and fellow believers, including any sins of any pastor,” he said.

The second mandate Iorg shared is to attempt restoration.

“When sin shatters Christian fellowship, we must make every effort to restore healthy relationships and preserve our connection with each other,” Iorg said.

Churches must be willing to both confront inappropriate behavior from pastors and support repentance. However, a key question Iorg asked was “restored to what?”

“The passage [Galatians 6:1-2] calls for restoring fallen brothers and sisters to Christian fellowship, not pastoral leadership. This is an important distinction,” Iorg said.

“While repentant pastors should be welcomed into fellowship and supported as they establish new life patterns, there is no obligation to return them to any leadership role.”

The third mandate Iorg called for was upholding biblical standards and the sanctity of the pastoral office.

“Pastors are held to higher standards than political, athletic, entertainment and corporate leaders,” he said.

“While a womanizer can be an American president, an abuser can be a professional athlete, adulterers can be entertainment icons, and drunkards serve as corporate executives, these behaviors are unacceptable for pastors.”

Iorg said, unlike secular leaders, pastors are measured first by their character and then by their competencies. He said this distinction is often unrecognized, citing the inappropriate use of David as a biblical model of a flawed person restored to pastoral leadership.

“David was a political and military leader – not a pastor,” Iorg said. “The standards for a pastor of a local church are higher than anything we expect of political/military office holders – even those in the Bible.”

One important distinction to help avoid compromising the high standards of pastoral leadership is to separate the office from the person.

“The pastorate is different from and larger than any particular pastor,” he said.

“When a pastor sins, those actions diminish other people who serve in that role because it damages the status of the office – not just the personal reputation of the individual leader.”

Iorg then addressed the direct question: “Is restoration possible for pastors who commit ethical or moral sins?”

“My answer is a qualified yes, but with four cautions which are often not adequately considered today,” he said.

FORT WORTH, Texas (BP) – Expounding on what it means to be a “grace-filled community,” Interim President David S. Dockery introduced the first of six core values to “shape and inform” the Southwestern Baptist Theological Seminary and Texas Baptist College community during the Jan. 24 convocation service.

The ceremony, which formally begins the new semester, also included the installation of a new dean and two academic chairs, and announcements of the appointments of five instructors and five individuals to serve in interim roles.

Before delivering his convocation address, Dockery, who has served as interim president since Sept. 27, welcomed new students to campus. In a tradition that began with Southwestern Seminary’s fifth president, Robert E. Naylor, Dockery pronounced the new students as “Southwesterners.” Using Naylor’s own words, Dockery, himself a 1981 Master of Divinity graduate of the institution, reminded the new Southwesterners that “it is an honorable, worthy, and wonderful word about which you had nothing to do” and that the word Southwesterner speaks to God bringing them to the seminary.

Before leading the assembly in prayer for the campus community, and noting the announcement of an increase in enrollment in spring 2023 compared to the prior spring, O.S. Hawkins, senior advisor and ambassador-at-large, said he believed the increase is evidence of a “new day here at Southwestern Seminary.”

In his address to the assembly that included faculty, students, staff, and visitors, Dockery noted the distinctiveness of Southwestern Seminary citing the campus, varying forms of teaching and training, including online and non-traditional programs, comprehensive offerings of certificate and degree programs through its four schools and undergraduate college. Southwestern is “one of the truly comprehensive institutions of theological education in the country today,” he said.

However, he identified a core “aspect of the Southwestern community that we hope to see emphasized more and more in the days to come.”

“Our dream for Southwestern Seminary and Texas Baptist College is for this community to be characterized by and filled with grace, acknowledging our deep and daily dependence on God while also recognizing God as the source and motivation for our worship and service of Him,” Dockery said, noting that a grace-filled community is also a God-filled community.

Dockery said the new institutional plan that will be presented to the seminary’s board of trustees at its spring meeting asserts that Southwestern Seminary is a Baptist and evangelical institution that seeks to “build a grace-filled community, which emphasizes love, joy, peace, patience, kindness, goodness, faithfulness, gentleness, and self-control as virtues needed to create a caring Christian context where quality theological education, grounded in biblical and confessional convictions, can be offered.”

Dockery described grace as a “divine attribute revealing the very heart of the triune God.”