MADISONVILLE, Texas — Kevin McKenzie, owner of McKenzie’s Barbeque and Burgers, and other restaurant owners were meeting with area church representatives at First Baptist in Madisonville, Texas, to discuss how to assist Hurricane Harvey evacuees making their way to their small town of 4,400, located 40 miles northeast of Bryan-College Station

As they met Wednesday (Aug. 30), someone called the church about the plight in Port Neches, 176 miles away, of at least 200 people who had sought refuge from rising waters at the town’s First Baptist Church but had few provisions.

In less than an hour McKenzie had cold cuts, chicken salad, chips, bread, buns, apples, bananas and protein drinks loaded in his truck.

He headed to Trinity over an hour away where he met pastor Jonathan Davidson of Trinity Pines Baptist Church and church member Tom Foucha who took the food the final water-logged leg of the trip.

Davidson told the Southern Baptist TEXAN that he and Foucha drove through 12-18 inches of water in places to reach First Baptist in Port Neches. By the time they arrived, the number of evacuees had risen to 400, with some taking shelter in the junior high across the street.

Everyone received dinner, but breakfast this morning was served with some bitter news — city officials had determined the church could no longer serve as a shelter. “When we told them they had to pack up and leave, it was hard,” Davidson said.

Buses ferried evacuees to a local airport where they loaded Chinook helicopters headed for Galveston. From there they would board buses for a shelter in Dallas.

Davidson and Foucha, both former Marines, stayed behind, joining forces with the Coast Guard personnel as they searched the as-yet-unreached area of Groves, Texas.

For Southern Baptists and so many others, such relief initiatives are just the beginning.

Several days after Hurricane Harvey made landfall, authorities say many of the hardest-hit areas remain in the search and rescue phase — a “life-saving, life-sustaining mode,” as Brock Long, a Federal Emergency Management Agency administrator, put it Aug. 30. 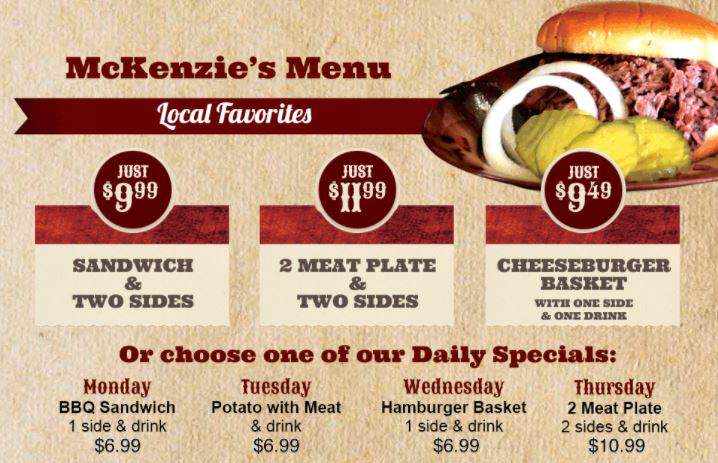 As state and local officials ask aid and relief teams to stay out of many areas until they complete rescue operations, Southern Baptist Disaster Relief (SBDR) is taking action where it is allowed.

Ray Gann, who was on the TBM team, said they received a call to deploy at 10:30 a.m. Saturday when Hurricane Harvey had just been downgraded to a tropical storm. They bought groceries, made the six-hour drive to Robstown and then embedded with the search and rescue unit, even sleeping in the same quarters.

From Robstown, the team moved with Task Force 1 to Rosenburg where they spent two days, then on to Orange, east of Beaumont. The TBM team will continue serving with the task force until search and rescue operations have completed.

“The feeding unit has been working well. They see us as heroes over there,” Gann said of the gratitude the first responders showed the kitchen unit volunteers. Gann has now transferred off the team and is on a SBDR kitchen unit that is feeding 11,000 evacuees at the George R. Brown Convention Center in Houston.

While Houston and the surrounding areas have sustained extensive damage, Harvey has also created problems in Louisiana. SBDR units there are serving at evacuation shelters and will expand services as needed.

For relief teams with the Southern Baptists of Texas Convention, providing food has been the priority thus far, with SBTC DR teams supporting evacuation centers in several locations.

Additional kitchen, shower and laundry units with teams of volunteers are standing by to begin serving when called upon. SBDR teams from Oklahoma and Arkansas are currently serving in Texas as well.

“Southern Baptists are anxious to help Texans in any way they can,” said David Melber, vice president of Send Relief at the North American Mission Board. “This will be a long-term response and we will get people serving as quickly as possible.”

NAMB has begun collecting names at namb.net/Harvey of churches and individuals that want to serve once flood waters have dissipated and opportunities are available. Disaster relief training is not a requirement, although those wishing to attend disaster relief training can contact their state Baptist convention office.

Wednesday, as the sun shone over Houston, the remnants of Hurricane Harvey gave Texas one last punch, inundating the Beaumont-Port Arthur region with 26 inches of rain in 24 hours before lurching into Louisiana. Southeast Texas churches that did not take on water took in evacuees. Not until the rain began to dissipate Wednesday could pastors, church members and SBTC field ministry strategists (FMS) begin to assess the damage in communities west of Houston and east to the Sabine River. But with hundreds of roads still partially submerged, getting eyes on some entire neighborhoods has been impossible. Phone contact, when possible, had to suffice and began painting an initial picture of incomparable devastation.

“They have measured life by [2008’s Hurricane] Ike, and now that’s been entirely eclipsed,” said Sonny Hathaway, pastor of LaBelle Baptist Church, 10 miles south of Beaumont. The church began taking in evacuees around 4 a.m. Wednesday as water poured into homes. About one-third were church members. By noon about 120 people had taken shelter there.

“This place just became a place of refuge,” said Hathaway, noting that 80 percent of the church members lost homes during Hurricane Ike.

Hathaway said as a pastor his role is to dispel the tension that wells up with the water and threatens to overwhelm those trying to help, many of whom have losses of their own. “They are tired, exhausted and concerned about their families,” he said of church volunteers caring for evacuees. “They have been on the phone with family who are evacuating while trying to serve lunch.”

Dennis Parish, FMS for the greater Houston area, could not reach his church, Needham Road Baptist, to assess damage until Wednesday. The building sustained little damage from the storm but a human intruder had broken into the office and stolen cash and the church’s debit card.

“I’m trying to contact several churches, and no one is answering. There are neighborhoods I can’t get into,” Parish said. “I have a big truck, and I’m hesitant to go [certain places].”

Bill Collier, FMS for the region east and northeast of Houston, is in the same predicament. Of the churches he has been able to contact, four took on water. FBC Fannett had taken in evacuees before floodwaters forced everyone to the second floor, Collier said.

In total 764 SBTC churches — more than one-fourth of the total churches in the convention — are in the 54 counties affected by Hurricane Harvey.

Mickey Caison, NAMB’s disaster relief director, told the TEXAN the mission board is assessing how best to utilize the limited volunteer and financial resources for what is, admittedly, an overwhelming situation.

NAMB disaster relief strategists will coordinate with leadership at Houston’s First Baptist Church, using the church’s four campuses as staging areas for DR team deployments. The campuses are providentially located in some of the regions hardest hit by Harvey’s rainfall.

NAMB leaders hope to facilitate a culture of “churches helping churches,” Caison said, noting that Texas congregations ministering within the disaster area will need encouraging. The long-term work of hurricane disaster relief can carry on most effectively, he said, when churches from outside the disaster area partner with those toiling within to meet their needs so they can continue to minister to the community.

Donations for disaster relief efforts can be sent to the SBTC at http://sbtexas.com/harvey and to other state Baptist convention offices or by visiting namb.net/Harvey.