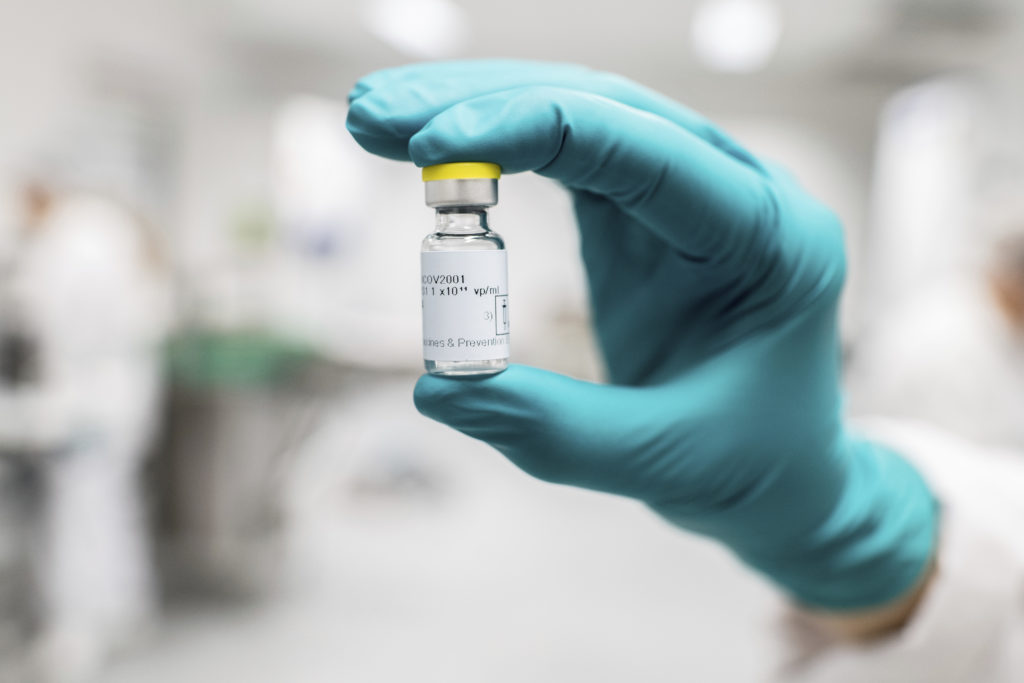 MONTGOMERY, Ala. (BP) – As more and more pastors are being asked to provide confirmation of a religious exemption from the COVID-19 vaccine, they are drawing a range of conclusions about whether refusing the vaccine can be a religious liberty issue.

When the vaccines became available, there was a feeling of “initial distrust and skepticism” among the congregation at Taylor Road Baptist Church in Montgomery, Ala. But “the mood has changed quite a bit” as 2021 has progressed, pastor Daniel Atkins said. Despite being in the least vaccinated state in the U.S., with 38 percent of the population fully vaccinated, vaccine opposition waned as church members concluded their Christian faith didn’t pose a reason to refuse the vaccine.

Atkins himself moved from initial skepticism to taking the vaccine in April. Though he recognizes vaccination as a “matter of conscience,” he challenges Christians who claim their refusal to be vaccinated as a matter of religious liberty. “People are so quick to pull that religious liberty card,” he said. If “you can show me from the Scripture how your taking this vaccine or being forced to take it by your employer” has “Gospel implications and is against the Christian worldview, then maybe we can talk about religious liberty.”

Atkins isn’t the only one facing such religious liberty questions. It’s a growing concern among evangelicals, including Southern Baptists.

“The SBC Executive Committee has received numerous inquiries from Southern Baptists around the country about authorizing religious exemptions for vaccine mandates,” said Jonathan Howe, the SBC EC’s vice president of communications. “However, this is not an assignment given to the EC by Southern Baptists due to the autonomous nature of our Convention.”

Evangelical ethicists and legal scholars agree that many followers of Christ object to the COVID-19 vaccines, but they’re split on whether any of the objections commonly articulated among believers constitute religious objections. The distinction between religious liberty objections and more general objections could become a key issue as more businesses require employees to be vaccinated.

The SBC’s Ethics & Religious Liberty Commission says the COVID vaccines are “safe and effective” and has cautioned pastors against endorsing hasty appeals to religious liberty by vaccine skeptics.

“We must not allow or give support to mere personal or political preferences masquerading as religious liberty claims,” wrote Jason Thacker, ERLC chair of research in technology ethics. “Indeed, doing so is not only morally disingenuous but also can do long-term damage to the credibility of pastors, churches, and Christian institutions in our communities. At the same time, pastors should graciously and patiently consult with those seeking such exemptions or accommodations in order to determine whether the request is predicated on sincere religious grounds.”

“Most Baptists will listen to Scripture, facts, and experts they trust and decide to take the vaccine. I am among them,” Whitehead said. “Many vaccine objections are grounded in Constitutional interpretation, concerns about government power, or even about how to analyze data. Some of these concerns might be prudent, but not religious.

If polling is any indication, the issue of vaccines and religious liberty isn’t just a theoretical concern. In June, 56 percent of white U.S. evangelicals said they had been vaccinated or planned to be as soon as possible, according to a study by the Public Religion Research Institute and Interfaith Youth Core. That’s up from 45 percent in March but lagging behind the 71 percent of Americans in general who either are vaccinated or willing to be.

Southern Baptist bioethicist C. Ben Mitchell said biblical arguments for taking the COVID vaccine include “the healing ministry of Jesus,” “stewardship of the body” and “neighbor love.” Arguments against the vaccine concern safety, efficacy and the use of abortion-derived cells in design and production.

An analysis by the Charlotte Lozier Institute concluded the AstraZeneca and Johnson & Johnson vaccines rely more heavily on abortion-derived cells than the Moderna and Pfizer vaccines. A December 2020 analysis coauthored by Mitchell found that “no abortions occurred in the development of the COVID-19 vaccine” though “the cell lines involved in developing and confirming the viability of COVID-19 vaccines” resulted from previous abortions.

Today, the objections “seem to have been answered, the evidence of which is that I’m not aware of a major pro-life group or Christian denomination that opposes vaccination against COVID per se,” said Mitchell, an ERLC research fellow and distinguished fellow with the Tennessee Center for Bioethics and Culture.

When it comes to religious liberty, “I can understand a religious objection to being forced to get vaccinated, but I, frankly, don’t understand a Christian objection against voluntary vaccination,” he said.

“I can defend someone’s right not to get vaccinated against their consent, but I have a very hard time defending their decision not to get vaccinated given what we know now about COVID and the safety and efficacy of the vaccines,” Mitchell said. “Every indication is that, unless advised against it by your physician, you should get the vaccine for your own sake, your family’s sake, and for the sake of those around you.”

Still, concern over vaccines and religious liberty seems to be mounting. In Hawaii and Kentucky, pro-family groups sent emails to supporters in August reporting swells of concern over vaccine mandates by private and government employers. At least two Christian legal organizations – Alliance Defending Freedom and First Liberty Institute – have released guides to help believers navigate the issue of COVID vaccines and religious liberty.

Rebecca Demaree, a Tennessee labor and employment attorney, said courts and employers tend to “give deference to someone saying they sincerely have a religious belief that they do not want to have the vaccine or wear a mask.” The key analysis is whether “the particular rule or law or requirement unduly infringes on that belief,” not whether the objection truly is religious in nature. If someone claiming a religious objection can be accommodated without undue burden on the employer, the objector possesses a reasonable likelihood of prevailing in court, she said.

Winning a legal batter, however, is not the only issue to consider. Apart from the legal issues, Mitchell urged Christians not to entertain vaccine conspiracy theories in the name of faith or religious liberty.

“The anti-science and anti-public health rhetoric in American political life [surrounding the COVID-19 vaccine] has been absolutely breathtaking,” Mitchell said. “I’ve never seen anything like it in all my years of working at the intersection of science, ethics and public policy. Instead of reasonable caution, some have turned to radical conspiracy theories. Instead of prudence, some have turned to presumption.”