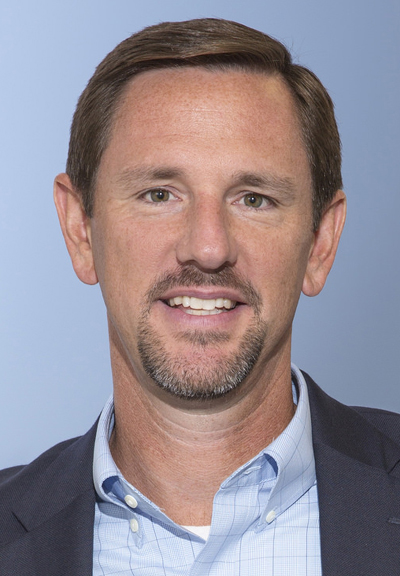 LOUISVILLE, Ky. (BP) — At our dinner table, our 13-year-old guest turned to me and asked abruptly, “Do you know why I’m glad my sister is here? ”

Our guest comes to visit once a week. She is working her way through a residential care program, recovering from years of abuse and neglect. The question caught me off guard and, knowing at least some of what she and her little sister have endured, I wasn’t sure what she would say next.

Her sister was 3 when she came into the care of Sunrise Children’s Services, the James 1:27 ministry of Kentucky Baptists. Fueled by the Cooperative Program, Sunrise ministers to more than 1,000 hurting kids in Kentucky. With more than 8,000 kids in our state’s care, Kentucky Baptists feel we are only scratching the surface even though we are the state’s largest private provider.

When Sunrise contacted us about a 3-year-old, my wife Michelle and I were a little hesitant. We had been foster parents for a teenage boy for a year and, although he had recently been placed with another family, 3-year-olds had never been on our radar. With two kids in college and one heading into middle school, a 3-year-old didn’t seem like a “good fit.” But the scriptural mandate to care for orphans doesn’t say much about which kids fit our life stage, so we took the plunge.

Now, at our dinner table, her 13-year-old sister is about to break my heart even though I don’t know it yet.

I knew our foster daughter had no memory of a father, so I wasn’t all that surprised when, in a matter of hours, she was calling me daddy. But what broke my heart was the older sister celebrating that her little sister now has a father even though she doesn’t.

These two precious girls are among the 400,000 kids in foster care in the U.S. Thanks to CP ministries like Sunrise, many of them are finding foster homes and some are finding forever families.

How relevant is CP funding in fueling Southern Baptist missions and ministries? I believe it is not only relevant, I believe CP is essential and irreplaceable.

While the recent financial struggles of the International Mission Board have been widely reported, if there were no CP, IMB would need to make up an additional $94 million from other sources, more than a third of the IMB’s annual budget. The loss of that much of the fuel that sends Southern Baptist missionaries to the ends of the earth would be eternally devastating.

The loss of CP would mean a reduction of approximately $43 million for the North American Mission Board. What would that do to NAMB’s capacity to fuel church planting or Southern Baptist Disaster Relief response to flood victims in Louisiana, fire victims in California and hurricane victims along the coasts?

Since the ministry of the Ethics & Religious Liberty Commission is almost exclusively funded by CP, Southern Baptists would lose their voice in Washington. And the resources that ERLC provides to help pastors address issues like religious liberty, human trafficking, racism and abortion would no longer exist since those resources are paid for through CP gifts.

What of the approximately 20,000 students currently enrolled in SBC seminaries? Without CP, their tuition and fees would climb 30 to 50 percent. That’s a tough blow for missionary candidates who need to be debt-free to get appointed or pastors on tight budgets sacrificing to get formal training for ministry.

Without the fuel of CP, most of the significant ministries and mission work of Southern Baptists’ state conventions would come to a screeching halt. In the Kentucky Baptist Convention, that would mean disaster relief would be no more. Our annual retreat to encourage and strengthen ministry couples, known as Shepherding, wouldn’t happen. The evangelism training and church revitalization consulting that has helped contribute to growth in baptisms and overall church membership for two straight years would be no more.

If CP disappeared, the nearly 15,000 students who show up at our summer camps, called Crossings Ministries, would surely be disappointed and God would no longer use the Gospel preaching at camp to win hundreds of kids to Christ each year. Our educational institutions in Kentucky, which currently allow us to disciple and equip over 8,000 students, would, in some cases, be shuttered and, in other cases, see tuition hikes that would put them out of reach of far too many students.

Thankfully, the essential and irreplaceable fuel of CP is still flowing! Southern Baptists still believe in cooperation and still give sacrificially to fund God’s Kingdom work in the states, our nation and the world.

Here in Kentucky, for two straight years, CP giving has grown. And, for the first time in a decade, our churches exceeded the CP budget this year. At the same time, Kentucky Baptists are digging deeper for other missions offerings, setting new records in giving through both the Lottie Moon Offering for International Missions and the Annie Armstrong Offering for North American Missions.

And, in a very real way, CP provided a safe place for our 3-year-old foster daughter to escape abuse and neglect. For me, it’s a reminder that, though we use words like “cooperation,” “missions” and “ministries, ” CP makes a difference in the lives of real people with real hurts and real needs. And we, as Southern Baptists, are working cooperatively to provide the help and hope of Christ to them.